A Mexican youth baseball team that found itself stranded in Los Angeles when its sponsors backed out was gifted a trip to Disneyland thanks to a woman touched by their story that spread across social media.

After seeing the team's story on an NBC4 Facebook post, entrepreneur Elda Lugo Crampton of Redondo Beach was one of many local residents who stepped in to help.

She was told she could donate food, but she decided to take her goodwill a step further by buying tickets to Disneyland for the entire team of 16 and its coaching staff.

"It's 'The Happiest Place on Earth.' You forget all your worries," Crampton said. "The boys after all they have been going through, they need a day to relax and enjoy themselves."

She also paid for tickets for her sister and several other friends to chaperone the day at the theme park. Each player was also given spending money.

"I am so excited people came together to make sure the kids have a good day at Disneyland today," she said.

This is not the first time Crampton's company, So-Cal Freight, LLC, has extended a helping hand. She has donated $500 to a girl battling cancer, and covered the team uniforms for an adult soccer team that some of her drivers play on. 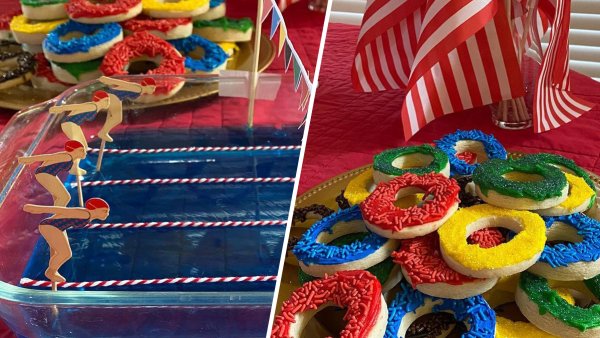 Crampton, who was born in Mexico and migrated to Southern California when she was 8-years-old, said she relates to the baseball team's struggle.

After learning some of the boys on the team have never visited the beach, she is also planning on having a beach day for them.

The Abejorros, or bumblebees in Spanish, have been in Los Angeles after sponsors from their hometown of Aguascalientes in central Mexico pulled out of paying for the necessities needed for the team's month-long tournament stay in Southern California.

A GoFundMe page has been set up to raise funds for the team. The team is playing in a tournament through July 30.