A day after he was struck by a hit-and-run driver in Santa Ana, the family of popular music teacher Christopher Chavez's condition is worsening, his family said Thursday.

He had a procedure Thursday to relieve some pressure on the brain, and doctors told the family he has a 50/50 chance of survival.

Ralph Chavez said his son actually gave him a thumbs up before he went in for his first surgery Wednesday, before taking a turn for the worse. 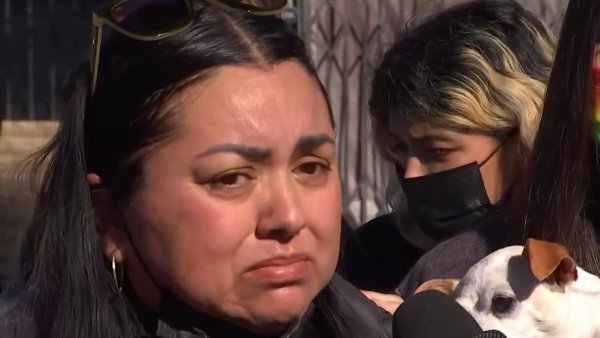 Police said the 26-year-old was crossing Bristol Street at Central Avenue about 2 a.m. Wednesday. He had the green light. Then out of nowhere a black BMW sped through the red light.

The Chavez family said they're not surprised he was out and about at that hour because he's a night owl and was just crossing the street to go to Denny's.

A quick-thinking witness saw what happened and took a photo that shows a woman walking toward her four-door car with paper plates. Less than a minute later, investigators said she got back in and took off.

His family said Chavez always loved music, and a video they shared shows him playing the snare drum in high school.

After graduation he went back to Saddleback High School to teach the drum line.

“The passion that he has for music lives through him through his kids and he projects it out of him and they project it right back.They love him he's a great mentor to them,” said his sister, Rachel Chavez.

Relatives said he's a young man with a kind soul and is now fighting for his life.

“He will most likely be blind and lose most of his motor skills,” his sister said. “So even if he does live it's going to be a struggle.

A GoFundMe page has been set up to accept any donations toward Chavez’s medical care.