After Cool Start, a Sharp Rise in Temperatures for Southern California

A warming trend will get underway in Southern California Monday, bringing dramatic changes during what has been a cool, wet winter.

Temperatures will reach into the 80s later this week after readings over the weekend in the 50s and 60s. Monday started out cool, with temperatures in the 40s in some areas, but some communities will see the mid-60s by the afternoon. 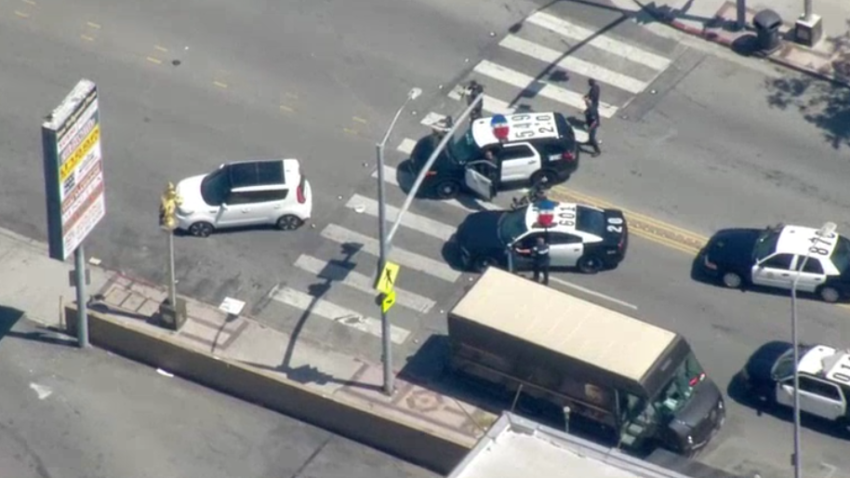 "We're going to warming things up here," said NBC4 forecaster Shanna Mendiola. "As we head into Thursday, it's going to 85. We're looking at big temperatures jumps."

High temperatures will reach the low 80s Wednesday and climb a few degrees on Thursday before topping out in the 80s on Friday. The weekend will bring highs in the mid-70s.

Temperatures will be 3-6 degrees below normal Monday, but 10-15 degrees above normal on Thursday. The warming trend is the result of high pressure aloft, offshore winds and sun.

"When that happens, we get the sunshine and a lot of warm air setting over us," Mendiola said.

The NWS forecast sunny skies today and highs of 45 degrees Fahrenheit on Mount Wilson; 54 in Avalon; 55 in Lancaster; 57 in Palmdale; 59 in Saugus; 61 at LAX; 62 in Pasadena and San Gabriel; 63 in Long Beach, Woodland Hills and Burbank; and 64 in downtown Los Angeles.

Sunny skies were also forecast in Orange County, along with highs of 58 in Laguna Beach; 59 in San Clemente; 60 in Newport Beach; 61 in Mission Viejo; 63 in Irvine; 64 in Anaheim and Yorba Linda; and 65 in Fullerton.