They believe they were treated differently because they are trans women of color.

A group of LGBT people are alleging that they were kicked out of a popular downtown Los Angeles bar Friday night after being subjected to transphobic slurs.

A cell phone video from Friday night does not show the exchange of slurs the victims say were directed at them from a couple inside Las Perlas, located in the 100 block of East 6th Street.

But, they say, following threats of violence, the Las Perlas staff asked them all to leave. However, the trans women were the only ones taken out by force, according to the alleged victims. 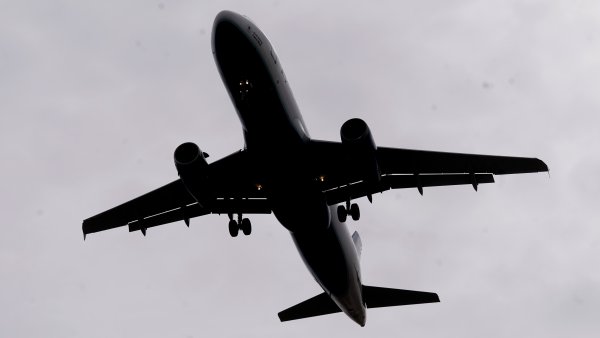 Cell phone video provided by Khloe Rios, one of the women involved in the incident, captures two people being removed by force. Her friend, Jennifer Bianchi, is forced out by what appears to be a bouncer.

The women say they were out with their colleagues from Bienestar Human Services, a non-profit that works with the LGBT community. They had just finished representing Bienestar at the "DTLA PROUD" event at nearby Pershing Square.

They say a man and woman began shouting transphobic slurs at them, and they are angry with the bar because, they say, the people who yelled at them were not forcefully removed. And, they say, they believe they were treated differently because they are trans women of color.

Rios says, "This is a place where I should feel safe, and I'm not. And it just creates more vulnerability for our community."

On Saturday, Las Perlas responded with a statement:

"Last evening, an escalated verbal altercation broke out among two groups of guests," says Cedd Moses of the Pouring with Heart hospitality company that owns Las Perlas. "Our manager on duty asked both groups to leave as the safety and security of our patrons and employees is our top priority and we have zero tolerance for this type of behavior in our establishments. The guards removed the guests that were not compliant with the manager's request to leave and did so in accordance with company policy.

"This was a rare and unfortunate incident as Las Perlas has provided an inclusive and welcoming environment since it opened almost 10 years ago. We will continue to value and celebrate the diversity of the downtown Los Angeles community we are so proud to be a part of and all profits from Las Perlas during this weekend's DTLA PROUD (8/23- 8/25) will be donated to Bienestar Human Services: https://www.bienestar.org."

The group involved Friday night held a rally and protest outside the bar Saturday night, as Las Perlas closed its doors.

The Los Angeles Police Department says it is investigating what happened as a hate crime, but the couple accused of instigating the conflict left the bar before police arrived.