"I want to think about the game and the importance of the game,'' Scully said in an approximately 50-minute news conference before Saturday night's 14-1 victory over the Colorado Rockies. "Otherwise, it would be a problem.'' 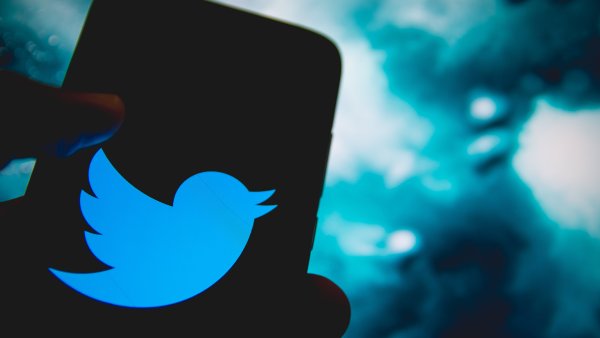 Check the Weather in Your Neighborhood

Scully has said his final game will be next Sunday, when the Dodgers play in San Francisco, because it comes 80 years to the day when he saw a sign at a laundry in his native New York City reporting the score of Game 2 of the World Series that day -- New York Yankees 18, New York Giants 4, that prompted him to become a baseball fan.

"It seems like the plan was laid out for me, and all I had to do was follow the instructions,'' Scully said.

On the day after his final game, Scully said "maybe the first thing I'll do is take my watch off and put it in the drawer and just think 'I can do anything I want,' which probably will be have a nice breakfast, read the papers, maybe take a walk and get a good book and read that book.''

Scully said that in retirement he'll most miss "the people who have just made me feel so much at home.''

Scully said if the Dodgers win their first World Series championship since 1988 this year, it "would not be painful at all'' to not be a part of it.

"I'd be thrilled for them. I love Dave Roberts ... and I like his approach to the game,'' Scully said, referring to the team's first-year manager.

Scully was asked for his recollection of broadcasting the first game at Dodger Stadium, April 10, 1962, a 6-3 loss to the Cincinnati Reds.

"When it opened up, it was like a new house. There's this magnificent stadium, the flowers are blooming, everything is so perfect.

"I remember there was one complaint. (Los Angeles Times sports columnist) Sid Ziff couldn't find a water fountain. It was like going to the Taj Mahal and saying there was a window open.''

Scully said he would observe construction of Dodger Stadium as often as he could.

"The earth movers were unbelievable,'' Scully said. "The fellows driving the heavy equipment, they'd be on the side. You'd think there were going to turn over, but they never did.

Scully said the most difficult job he had was informing the public of the sudden death of Dodger pitching star turned broadcaster Don Drysdale in 1993 and the toughest losses to take were to the Giants in third and decisive games of playoff series in 1951 and 1962.

Scully's first regular-season game was on April 18, 1950, when the then-Brooklyn Dodgers faced the Phillies at Philadelphia's Shibe Park.

"Don Newcombe was going to be our pitcher,'' Scully said. "Red Barber assigned me to do the fourth inning. They didn't trust me more than one inning. I understand that.

"My first game, Newcombe didn't make it to the fourth inning. That's the big joke we have between us. That's all I really remember, plus the fact I was terrified.

Scully was asked about when then-California Democratic Party Chairman Eugene Wyman tried to get him to run for the U.S. Senate in 1964.

"We had lunch together and he said 'Have you ever thought about politics?''' Scully said. "I said no. He said, 'We had a meeting last night and we're looking for a candidate. We think that because of your experience on television ... you'd make a good candidate.'

"I would not have thought for a moment (about running), but I said 'Mr. Wyman, just give me 48 hours.' I figured that was a little respect.

"At the end of 48 hours I called him and said, 'I've given it a lot of thought and just don't think I'm qualified. I'm sure I'd be happier just doing my baseball games.'''

Either on the team or NBC broadcasts, Scully has called such memorable moments by the Dodgers (or their opponents) as Kirk Gibson's pinch-hit home run in the bottom of the ninth inning of Game 1 of the 1988 World Series, Sandy Koufax's perfect game in 1965, New York Yankee pitcher Don Larsen's perfect game against the Dodgers in the 1956 World Series and Hank Aaron's record-setting 715th home run.

Scully's many honors include the Ford C. Frick Award, presented annually by the Baseball Hall of Fame to a broadcaster for "major contributions to baseball'' and being named the greatest sportscaster by the American Sportscasters Association.

A ranking system devised by author Curt Smith for his 2005 book "Voices of the Game'' determined that Scully was baseball's greatest announcer, giving him a perfect score of 100, based on such factors as longevity, language, popularity and persona.

Scully said he would like to be remembered as "a good, honest man, a good husband, a good father, a good grandfather. I'm not even thinking about sports announcing.''