A high school volleyball coach and security guard for the Santa Ana Unified School District's police force pleaded guilty to sexual assault involving four girls and has been sentenced to a year in jail, according to court records obtained Monday.

Omar Rojas, 28, of Santa Ana, pleaded guilty on Friday to the sexual assault of four teen girls. He had a year's worth of credit behind bars since his arrest in August, but agreed to waive it as part of his plea deal, according to court records.

When Rojas was arrested in August he was accused of having sex with three teenage girls on his team. A fourth victim was added to charges later. Rojas was ordered to register as a sex offender for the rest of his life. Rojas had sexual activity with two 17-year-old girls and a 15-year-old girl who were on the volleyball team at Century High School in 2015, Santa Ana police Cpl. Anthony Bertagna said in August.

"He would have the victims excused from class to meet them to engage in sexual activity on campus during school," Bertagna said.

Rojas was not a school safety officer at the time of the crimes, Bertagna said. Rojas worked as a District Safety Officer at Sierra Preparatory Academy, according to the Santa Ana Unified School District.

"That doesn't seem like the person I know, but again you only know people so well when you're working with them," said teacher Larelle Henden. "I really feel for the victims. This needs to be stopped."

In a statement, the school district said it is taking the allegations seriously. Rojas is on administrative leave. 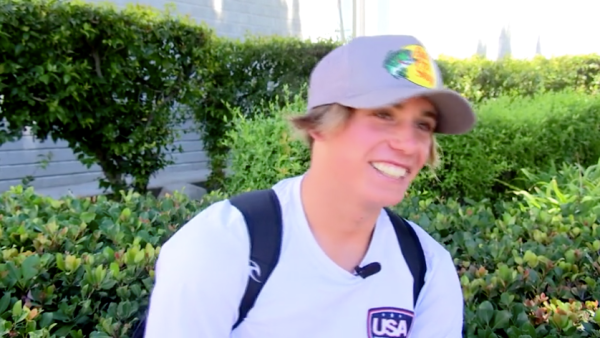