The 5-month-old African grey named Zephyr was still being hand fed and doesn't fully know how to eat yet.

"We're just trying to get the bird back for his health," said the store's manager Connor Chubbuck.

The young African grey was still being hand fed at Omar's Exotic Birds in Brea, and doesn't fully know how to eat yet, Chubbuck said.

"(Zephyr's) eyes are dark still," Chubbuck said. "When they grow older their eyes lighten up to like white or yellow, and in this case they were still sort of a silvery dark grayish color."

The Pena family bought Zephyr for $1,600 in March but hadn't brought it home yet. They had been visiting Zephyr weekly until the bird could eat on its own.

"It was heart-wrenching to tell them the news that Zephyr was stolen," Chubbuck said.

On the store's surveillance footage, two men can be seen entering and circling around the store just before 1:30 p.m. Saturday. 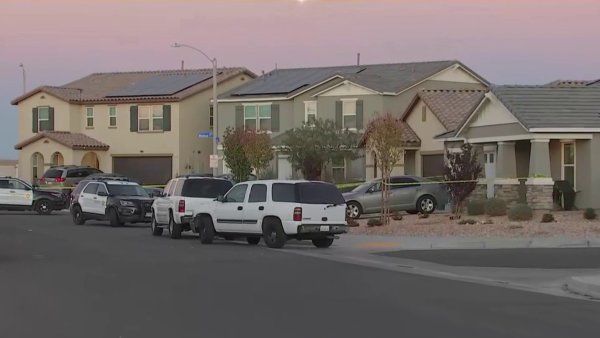 A man can be seen standing in front of what appears to be a cage, and shows him step back slightly with the bird on his arm.

He lingers with the bird for a moment, and a child reaches out to pet it as he stands with it in the store.
The video shows the bird flapping its wings as he turns around, and captures the man exiting the store with another man.

The two men left in a blue van that may be a Honda Odyssey or a Toyota Sienna, Brea police officials said Monday.

Elizabeth Rohrs, another bird owner, said she wasn't surprised the two men chose a rare species like an African grey.

"People know the birds are expensive, and they exploit them because of it in other countries and even here in our own country," Rohrs said.

Chubbuck said when the store shared its surveillance footage with other store locations, he learned that their Lake Forest store had been visited by the same pair the weekend before.

The two men walked into the Lake Forest store, and spent some time circling around. When asked if they needed help with anything, replied, "No," and left, Chubbuck said.

"It seems like they were casing out the stores," Chubbuck added.

Anyone with information about the two men seen in the video or about Zephyr's whereabouts is encouraged to contact the Brea Police Department at 714-990-7911 or to call Omar's Exotic Birds at 714-572-8353.