‘We Want to Continue This Piece of American History': Reviving a Ghost Town

The sale of Cerro Gordo fittingly closed on Friday the 13th.

The ghost town of Cerro Gordo is officially under new management.

After being on the market, the sale of the abandoned mining town south of the Sierra Nevada fittingly closed on Friday the 13th. The 24,000-square-feet of buildings and more than 300 acres of patented mining claims once averaged a "murder a week" in its hey day, and was once the largest producer of silver and lead in California.

The new owners, Brent Underwood and Jon Bier, have assembled a team of Los Angeles-based investors for the town with hopes "to continue this piece of American history."

The new owners said prior to the finalization of the sale they met with the previous owners of Cerro Gordo and found they had a common vision for what they hoped the town could be. 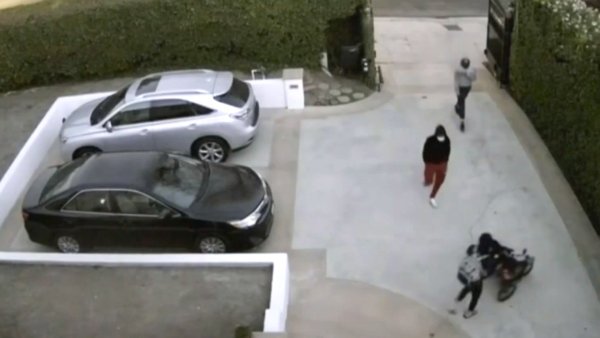 "There were offers that were quite higher than our offer," Bier said. "But to the credit of the family that sold it, they went with our offer because we were going to keep the integrity and tell the story of what makes it culturally significant."

"Our goal is to maintain the historical nature of the property and respect the piece of history," Underwood said.

But that's not to say some changes won't be taking place.

Cerro Gordo doesn't have running water so in order to make the town an extended-stay destination, that problem is No. 1 on the list. Both Bier and Underwood spoke of necessary refurbishments to be done to buildings so they are structurally sound as well as adding a restaurant and bar one day.

Underwood said there aren't immediate plans to build new structures and that the current plans primarily revolve around refurbishing the 22 original buildings left standing in the ghost town.

However one thing that won't be changing with the new sale is longtime caretaker, Robert Desmarais.

Desmarais has lived in Cerro Gordo for the past 21 years as a caretaker, living alone in the desolate town even after his wife left the town because of the extreme altitude and weather conditions.

He first came to Cerro Gordo in 1997 after seeing an ad in a trade magazine about mining in the town. Ever since his first visit, he has become one of the keepers of the ghost town.

"I've fallen in love with the history of the town," Desmarais said. "I like the adventure and I love the fact that I am preserving history."

Desmarais said he "doesn't want to ever leave" the wild wild west town and continues to hope that more people come and experience it.

"I just really hope that the town can stay historically correct," Desmarais added. "And that more people can come and visit the town."