A "substantial" storm front will continue through the evening and into Saturday morning, said NBC4 Forecaster Fritz Coleman. Moderate to heavy rain will hit the region, with a possibility of thunderstorms.

According to the National Weather Service, heavy rainfall in the Fish and Resevoir burn areas triggered a Flash Flood warning that would be in effect until 1 a.m. 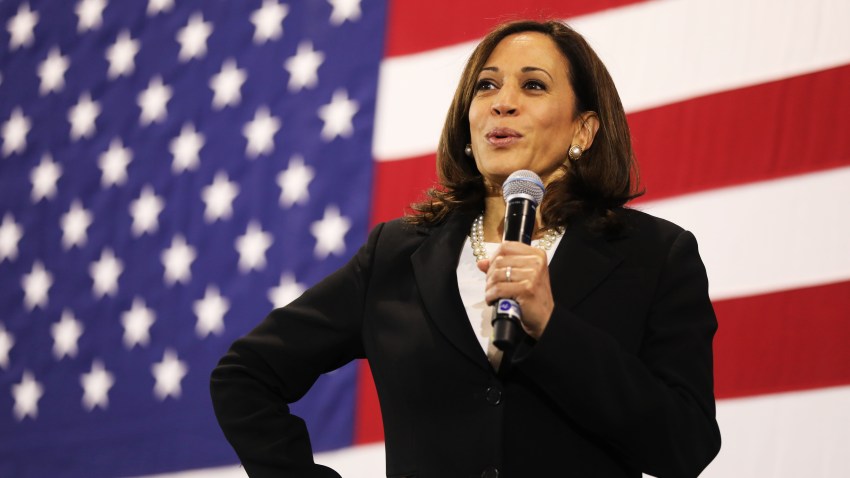 Vehicles were stranded due to heavy street flooding. Los Angeles firefighters pushed one vehicle out of the water and an engine pulled out another car to safety Friday night in South Los Angeles.

In Duarte, some residents woke up to find streets coated with about 12 inches of mud in areas lining the foothills.

Although mud pushed through some of the K-rails lining streets, Sandy Hancock, a Duarte resident, said she was grateful the barriers protected homes and front lawns from major damage.

Two bulldozers were brought in to clean up the mud. Fire officials said debris left behind by the Fish Fire this summer likely led to the mudflow this week.

"A large part of the story will be lots of snow," Coleman said.

Heavy snow blanketed the mountains early Saturday morning. Both sides of Interstate 5 were closed at Frazier Mountain Park Road in the Grapevine area Saturday morning due to snow, according to the California Highway Patrol.

Just before 9:30 a.m. Saturday, the California Department of Transportation and the California Highway Patrol's Central Division tweeted the freeway had been reopened.

Christmas Day will be dry, partly cloudy and cool.

Marin Austin contributed to this report.