"Pacific Visions," the upcoming addition to the Aquarium of the Pacific, gets its splashy opening ceremony.

A pup shark, it may be factually stated, is not as big as an adult. Nor does an iridescent pearl form overnight, inside its cozy little clam, and coral doesn't immediate cover the ocean floor in a matter of minutes.

The ocean has oodles of lessons to share, but one of the most obvious, and easy for we landlubbers to see, is this: Few things, when it comes to the Great Waves, ever happen all at once, or all that suddenly, or overnight.

The same may be said for ocean-focused institutions, the kind that rise upon terra firma just steps away from the water. When the Aquarium of the Pacific in Long Beach revealed that a new wing was on the way, back in March 2016, it was understood that, like a pearl or growing coral, that, too, would take time. 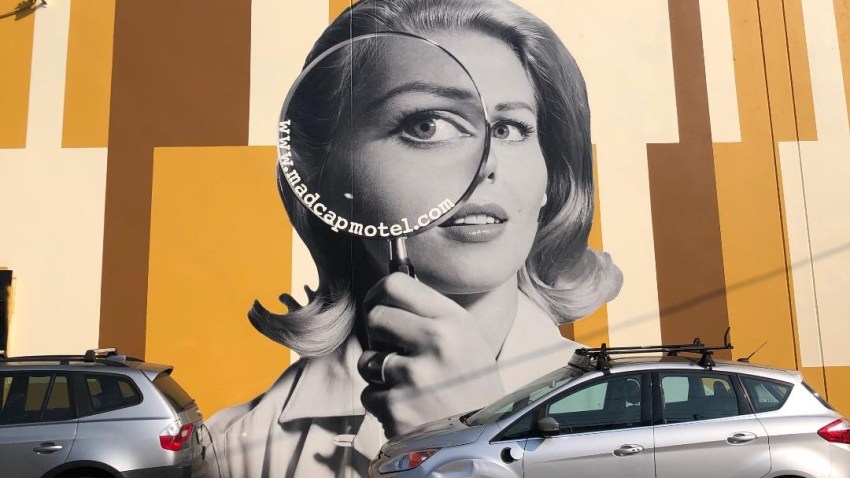 The time, though, has arrived for a start on the Pacific Visions, or another phase of the project, if one would like to think of the 2016 announcement as the wing's kick-off: Ground was broken on Thursday, Feb. 2 on the curve-cool structure.

It's a "biomorphic" structure that will sit, much like an amorphous or undulating wave, near the current entrance of the harbor-close aquarium.

What'll be inside the flowing-of-line wing? The "two-story, 300-seat Honda Pacific Visions Theater," an "immersive" experience, is one centerpiece. Other areas of the addition will include exhibits spotlighting live animals and an art gallery that "featuring a range of changing installations to establish an emotional connection to the ocean and marine life."

As for the projected opening? The Aquarium predicted "late 2018" (or, update, perhaps "early 2019") as Pacific Vision's debut date, back when the new addition was first announced. Hard to believe, still, that that's next year (in the way that it is hard to believe we're still learning to say "2017" and write it on official documents).

But time, and the ocean, are old, old, very old partners. And the processes beneath the waves can take hours, or years, or centuries, we know, just like a science-cool new wing of a popular aquarium can take a couple of years to rise.