You're invited to hold a colorful LED umbrella and play a part in the art over one of three ethereal October nights.

They go by some of the most whimsical handles and nicknames around, from "brolly" to "parasol" to "bumbershoot."

They even sometimes rock the nickname "sunshade," when they're being deployed on a bright day, and using the ohh la la "parapluie" is totally magnifique in France.

But while the umbrella's various monikers do charm, the inherent whimsy of this utilitarian object is often underserved, ignored, and frankly unvalued by society at large.

That will change, later in October, when the "UP! The Umbrella Project" opens at the Jerry Moss Plaza at The Music Center.

And, yes, we said "opens" in a nod to the fact that umbrellas can and do open, but so can full-scale art happenings built around umbrellas.

The immersive happening, which relies on public participation, comes to us via the always inventive Pilobolus, an iconoclastic dance outfit that has been creating ethereal experiences for a half-century now, as well as the tech know-how of the Computer Science and Artificial Intelligence Laboratory at MIT.

Call it an "brell"-iant meeting of art, science, and more than a little playfulness, too. 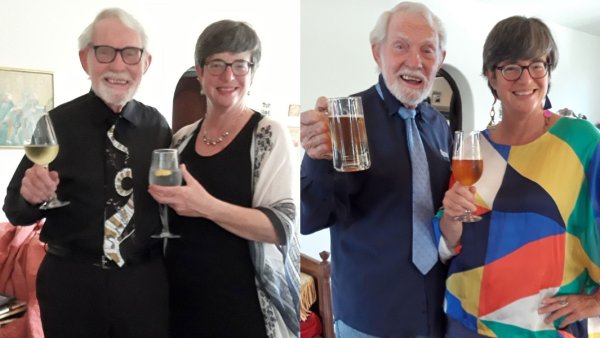 This Dad and Daughter Spent 451 Days Dressing for Dinner 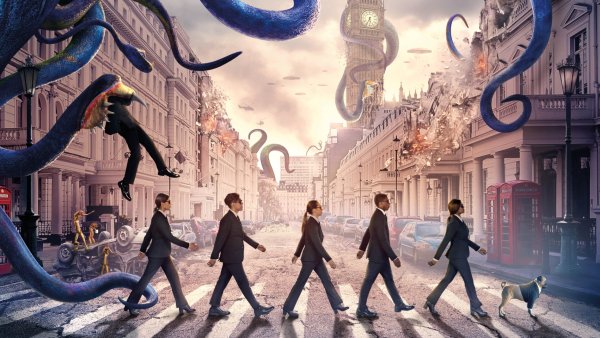 First things first: If you'd like to play a role in the hour-long lark, you will not need to arrive with your own bumbershoot in hand. Rather, LED-lit umbrellas will be distributed to the participants for the after-dark event.

"Based on prompts, participants will create different configurations by changing the colors of their MIT-designed umbrellas, showcasing a shifting landscape of brightly colored figures within a one-hour session," shared the Music Center team.

"Shifting shapes and patterns" will emerge as people move, keeping hold of their hue-changing umbrellas as they go.

The whimsical, be-a-part-of-the-art experience is open to anyone who is 9 or older. Masks are required.

Payment is not necessary, however. Still, you'll want to let the Music Center know you're interested, so do RSVP soon.

Eager to know more about Pilobolus? They've been making a big impact for decades.

"The company reaches beyond performance to teach people how to connect through designed live experiences and expert storytelling that show diverse communities how to maximize group creativity, solve problems and generate joy through the power of nonverbal communication," is the uplifting word on the creative group behind this gleeful gathering.