Cinespia Returns to the Greek for November Drive-In Thrills

Dinos'll stomp into Griffith Park, at least on a big outdoor screen, thanks to the pop-up theater.

In most years, the month of November is light on the stomp and heavy on the glide.

We've glided into the eleventh month on ice skates, at least when our seasonal outdoor rinks have been open, and we glide into Thanksgiving, eager again to devote the better part of a day to the consumption of green bean casserole.

It's the easy, glide-on-through time between the start of school, the scares of Halloween, and the hectic character of the holidays.

But the stomps'll be serious, at least on a big outdoor screen, on Saturday, Nov. 14.

For the heavy-footed, shiny-teeth'd dinosaurs of 1993's "Jurassic Park" will be the creatures featured on night #1 of Cinespia's November engagement at the Greek Theatre.

The popular film series, which has been based at Hollywood Forever cemetery in years gone by, is helming a pop-up drive-in series at the historic concert venue. 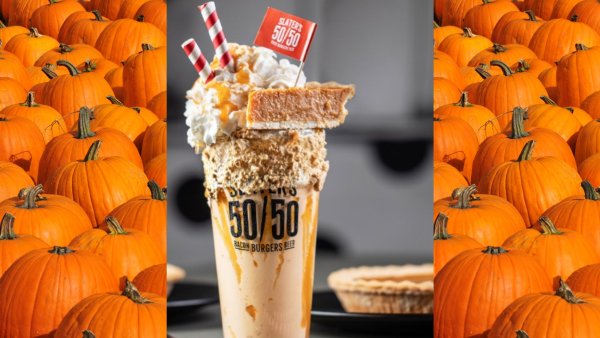 There's a Piece of Pumpkin Pie Atop This Seasonal Milkshake 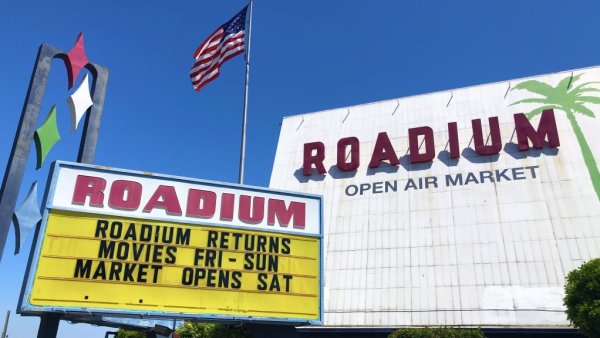 The Roadium Will Screen Fresh ‘n Frosty Flicks This Winter

Or, rather, just outside of it. You won't be taking a seat before the Greek's famous stage, but rather staying in your car as you watch T. Rex wield his scaly supremacy of Isla Nublar.

Quip-fast cool is the theme, and more than a few deeply felt emotions, thanks to a screening of "10 Things I Hate About You" from 1995.

Again, this is an in-car happening.

DJs will be present to give the proceedings some sweet sounds, and movie concessions will be sold, too. Note that you must wear your face covering outside of your vehicle, and follow social distancing guidelines.