The lanes will fall silent inside the mid-century building, which is listed on the California Register of Historic Places.

If you grew up spending warm Saturdays hanging out inside bowling alleys, either at birthday parties, league events, or just because you dig the sounds of pins clanking against polished wood, you likely have an affinity for the old-school lane palace.

And one of the best-known, around Southern California, has long been the Covina Bowl. Finished in 1956, the bowling alley has become a mid-century classic, from its iconic pyramid-roof entrance to the see-it-down-San-Bernardino sign to those retro rock walls that were once de rigueur on every new structure in the late '50s and early 1960s.

These vintage bowling alleys can seem, to many fans, like the last pins standing from another era. It's an era that will lose another "last pin" on Sunday, March 12 when the Covina-based recreation destination closes its doors. 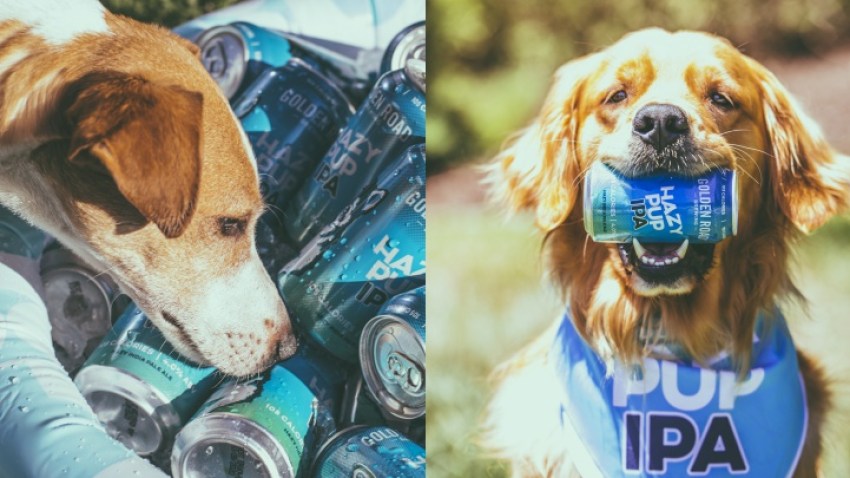 Adoptable Pups Will Deliver Golden Road Beer to Your Door

Many fans'll be out over the second weekend in March to bid the lands farewell, and roll a few more strikes.

After that, though? Well, there is a bright spot: Efforts on behalf of the Los Angeles Conservancy, and other preservation-minded people, meant that the building has some protections in place.

The future is in flux, still, with the building, and what might come next. Keep tabs via the LA Conservancy, which has devoted a special page to this Googie, straight-from-another-time time capsule of a landmark.