Carnation Café is back in mid-September, hooray. And you'll now be able to make reservations at Trader Sam's Enchanted Tiki Bar.

Determining whether the most-asked question at Disneyland, at least among friends and family members, is "what should we ride next?" or "what do you want to eat?" is probably as difficult as trying to find all of the Hidden Mickeys around the theme park over the course of a single day.

It's just probably best if we accept the fact that both are incredibly common queries at The Happiest Place on Earth, (along with "where are the restrooms/Picture Spots/churro carts/Mickey balloons," of course).

And soon the dining question will have more potential answers, thanks to the fact that more restaurant reopenings are due for Disneyland Resort.

Both Disneyland park and Disney California Adventure reopened on April 30, 2021, following a year-plus closure due to the pandemic. And while many of the resort's restaurants reopened at the end of April, along with the attractions and shops, other venues remained temporarily closed.

But that's all been changing over the summer of 2021, as new and returning dining options continue to merrily roll out.

And more of those appetizing options soon will, according to an Aug. 4 post on the official Disney Parks Blog.

Several big restaurant reveals were included, like the fact that Carnation Café, a table-service stalwart on Disneyland's Main Street USA, will again be serving hearty breakfasts and lunches to park guests on Sept. 16. 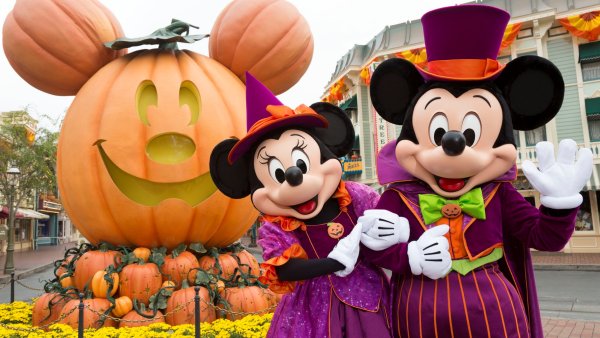 Goofy's Kitchen, a family favorite, returns to the Disneyland Hotel on Aug. 18, but do note that the kid-pleasing characters that have become synonymous with this spot are expected to return a bit down the road.

And for the grown-up guests?

The always-bustling Trader Sam's Enchanted Tiki Bar will soon move to a reservation system for both lunch and dinner. The first date you can dine at the Disneyland Hotel tavern with a reservation? It's Aug. 15, and the chance to make reservations opens on Aug. 11.

Both "Princess-themed activities" and a keepsake are part of this special day-starting experience, and the dishes, including a lobster salad crostini with a dinglehopper (a nod, of course, to "The Little Mermaid"), further enhance the meal's memory-making qualities.

Another early-in-the-day delight is returning to Plaza Inn in Disneyland on Aug. 12: Minnie & Friends — Breakfast in the Park.

The character-cute, cuisine-yummy happening includes the oh-so-obsessed-over Mickey waffles, as well as made-to-order omelets and pastries, too.

For all of the restaurants at Disneyland Resorts, their opening statuses, and whether they accept mobile ordering, wave a magic wand over this page now.