How many attractions can you visit at The Happiest Place on Earth over the course of 16 or so hours? Join the Gumball Rally and find out.

So you say you naturally possess oodles of Mickey mettle, Goofy gumption, and an extra heaping helping of Walt-style can-do?

Then surely you know your personal record, the one that involves how many rides you've completed, over the course of one day, at The Happiest Place on Earth.

Beyond your best number, though, you also know the attraction you prefer to start with moments after the morningtime "rope drop," and you know exactly where to go when a lot of people are watching the parade. 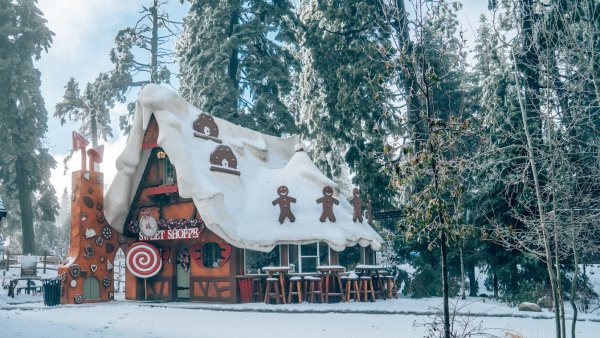 If you count yourself as a creative planner, a sprightly saunterer, and a through-and-through Disneyland devotee, best sign up for the Gumball Rally faster than you can say the letters "M, I, C."

For this famous, on-the-move MiceChat competition asks a simple but intriguing question: "How many rides can you ride at Disneyland park over the course of a day?"

Fans will find out on Saturday, Feb. 8, 2020 when a host of cleverly named teams will fan out through the park for a day of creative plotting, urgent rethinking, some queue-waiting, and lots of coaster-thrilling fun.

The handsome trophy at the end of it all, for the team that completes the most rides?

It's a mountain-merry tribute to the shared 60th anniversaries of the Matterhorn Bobsleds, the Monorail, and the Submarine Voyage. Also nice? There are other prizes, like for Best Team Name and Best Team Logo.

MiceChat, as Mickey mavens know, is an ultimate fan hub for The Happiest Place on Earth, and the Gumball Rally has become a spirited centerpiece on its annual event calendar.

And you can bet that several loyal fans return for the rally each year, after they've devised clever team names like "Pooh Crew," "Churro Crusaders," and "Ain't No Space Mountain High Enough."

The results from the rallies of recent years may be found on MiceChat, with 58 rides serving as the top number in 2019.

Best put your team together faster than the Fairy Godmother waves her wand, and sign up for one of the most cheerful challenges ever to grace the world's best-known theme park.

There's plenty to bone-up on, rules-wise, before you go, so make for MiceChat pronto to get with the yo, ho, program.

Just don't forget to pull on the yellow strap, then put your hands in the air like you totally care about winning this zany competition.