The young bear, possibly hit by a car in Northern California, has found a happy new home.

To say that the Californian identity is solely a stew of gold rushes and big dreams and ocean sunsets and Hollywood movies and starting anew is all pretty true, but it leaves out an important symbol: The one found on our state flag.

We're a proud bear bastion here in the 31st state, and even if our ursine neighbors are fewer nowadays, they still roam freely around California's wild hollows and peaks. And they deserve our care and consideration when our ways encroach upon or conflict with their existence.

Such is the moving story of Elinor, a black bear who, at under a year of age, was hit by a car (or so the people who've tended to her in recent months believe). The cub was transported from Humboldt County to Orange and the Orange County Zoo, where specialists could address her needs and bring her back to health.

The prognosis is positive: A robust-looking Elinor will make her official OC Zoo debut  during a special keeper appreciation event on Saturday, July 25, though she may be seen as early as July 13 at the zoo, depending on whether keepers feel the still-growing bear is ready. 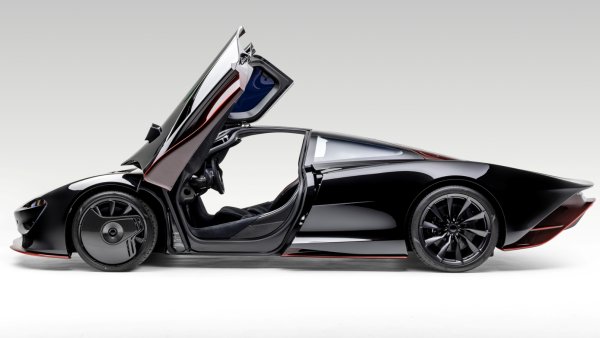 The Irvine Regional Park zoo "cares for animals native to the desert southwest that cannot be released to the wild due to health or socialization issues." That tugs the heart strings, as does the fact that the unwell cub was found "wandering alone" prior finding a new residence in Orange County.

Elinor can be seen every other day at the Orange-based zoo starting later in July; Yo-Yo, the animal park's other bear, will alternate with her as far as public viewing goes. Elinor's days of the week are Mondays, Wednesdays, and Fridays, at least for the time being.

To find out more about the OC Zoo's care of such animals, pad your paws this way.

To find your own Golden State-style inner bear, well, that's up to you, dear Californian. Not every state flag includes a picture of a beautiful beastie, but we're lucky enough to call a place home that bears one of the best.