Hop by the Lake Arrowhead-close attraction on Easter Saturday for several spring-spectacular haps.

We know it when we see it. It can flash, glitter, or give off a gleam, and anyone in its vicinity will turn to attempt to detct the source of the sparkle.

But a golden egg? One that's been carefully hidden, at a mountain-based attraction that's on the larger side? 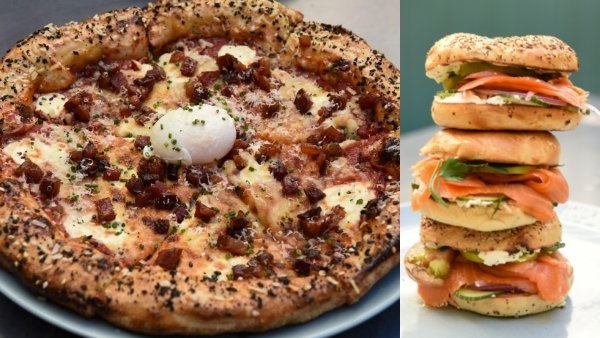 That's a bit trickier, of course.

You'll need to twitch your rabbit-like nose and hop, hop, hop around as you search it out, all while keeping your long ears crossed that you're the one to find it.

Of course, you won't really need to hop during the search for the golden egg, which will take merry place at SkyPark at Santa's Village on Saturday morning, April 20. You can move in the way that humans do, though hopping like a hare is up to you.

But the lucky, hard-searching person who finds it?

Oh yeah: They'll score two annual passes to the Christmas wonderland. It may not be easy, however, for the hunt'll be "parkwide," and, if you know Santa's Village, that's not on the small side.

The golden egg event is for guests ages 4 and over, but there are other happenings on the Easter Saturday calendar, including an Easter Basket Egg Hunt for tots ages 3 and under at 10:30 (following the 10 a.m. Golden Easter Egg Hunt).

Golden Egg Book Storytime, a Spring Awakening Puppet Show, and snapshots with Happy the Bunny are also on the sunshine-drenched schedule.

By the by, the bunny photos'll take place in front of Santa's Cottage, which'll give your Easter pics a sprinkling of yuletide magic.

A day pass is needed to enter and join the holiday fun, if you're not a member or holder of an annual pass. Read more about ticket prices, times, and everything on the schedule, so you don't miss anything... by a hare.