A number of Noël-nice to-dos are still shimmering around the region.

The extreme hubbub of the holidays cannot be exaggerated, nor over-estimated, nor blown out of tinsel-strewn, ornament-laden proportion.

They've got to-do lists so thorough that they belong on the wall in some sort of to-do list museum. And taking in all of the pleasures of December is a pursuit that, for too many, must remain unpursued, as dozens of other errands are addressed. 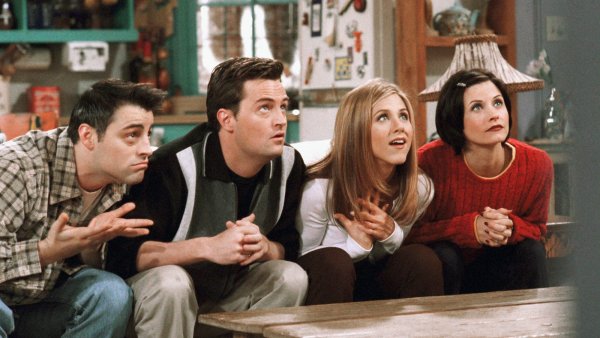 It's a good thing, then, that a number of Southern California spots continue to shimmer in the days that follow Christmas, while a few even push it a bit beyond New Year's Day.

Still wishing you could dip a tired toe into some of the showy splendor of the season? You've got time, even post-Christmas. Best bundle up and drive your sleigh for...

SkyPark at Santa's Village: The Lake Arrowhead-close destination, with its mid-century roots and Santa-sweet charms, is observing Christmas hours through Jan. 6, 2019. Why? Because it's "A Nostalgic Christmas at Santa's Village," of course, which means you'll enjoy sights of the season.

Christmas Tree Lane: One of the most historic expressions of Christmas stands tall, deodar-style, in Altadena each December. Also? The tall, tall trees are free to see, and they'll keep on looking lovely right through to New Year's night. But be not sad if you have plans through Jan. 1; they'll be back, for one night on Orthodox Christmas, on Jan. 7.

Universal Studios Hollywood: So you're completely wild for the Grinch, and you also say "hooray" for Harry Potter, and you're always up for yuletide-based merriment? The theme park has it all, from Grinchly songs and sights (through Dec. 30) and a light show on the massive side of Hogwarts (twinkling through Jan. 6). Other joyful moments await, at both Grinchmas and Christmas in the Wizarding World of Harry Potter, but dally not, Grinchly peeps and wizards of SoCal.

Knott's Merry Farm: A snowfall in the famous Ghost Town at this Buena Park favorite, each and every night? That seems as unlikely as not eating something with boysenberry in it, while at Knott's. But that exact event is happening each evening, as well as other details that summon the festive spirit of the close of the year. This yearly happening rides away in its holly-covered wagon, though, come Jan. 6.

Moonlight Forest: Saunter by a host of large-scale lanterns, of the illuminated sort, at the LA Arboretum in Arcadia, each night through Jan. 6. Among the wonders you'll see? Think dragons and pandas and flowers and enchanting animals galore. Artisans hailing from China's Sichuan Province created these whimsical and uplifting works of large-scale art; buy your ticket soon if you love spectacular and shimmery sculptures.

Magic of Lights: The glimmery event at the Auto Club Speedway, in Fontana? Where you can drive your car by a number of dazzling displays? And ooh and ahh alongside your pals as they stay cozy inside your car? This is that very event, it sparkles through New Year's Eve, and it is twenty bucks per car.

Winter Fest: Caroling your way to Costa Mesa? For a spin on the mega ice rink at the OC Fair & Event Center? That's your choice, to sing as you go, but you may want to once you arrive. For this nightly extravaganza brims with the glossy gewgaws of the season, from Santa sightings to "snow" falling from above. As for the eight-lane tubing area? Best brush up on your going-downhill-fast skills, through Jan. 6.

LA Zoo Lights: Eager to enter "a twinkling tunnel filled with dynamic colors of swirl"? You can find it at the Los Angeles Zoo and Botanical Gardens, where loads of after-dark delights are currently lending illumination. Final night is Jan. 6, 2019; get ticket info now.

Holidays at the Disneyland Resort: If you haven't seen Jack Skellington holding court inside Haunted Mansion Holiday just yet, or Small World done up in thousands of bright bulbs, or tried all of the peppermint-amazing treats found around the Anaheim theme parks, or seen Cars Land looking Christmassy, you have time, but not too much: It all fa, la, las away on Jan. 6.