The super-popular autumn event will feature the TV phenom "Stranger Things" as its own walk-through experience.

Ah, the beginning of April, when nature is at its most spectacular.

It's the time of year when poppies are popping up in gardens, cheerily, and butterflies are alighting on leaves, with flutter, and Halloween events are weaving into our minds and hearts, wickedly, like so much pretty poison ivy.

Well, that is very much the chilling case if you call Southern California home.

P-22 Day Is Padding Our Way, With In-Person and Virtual Fun 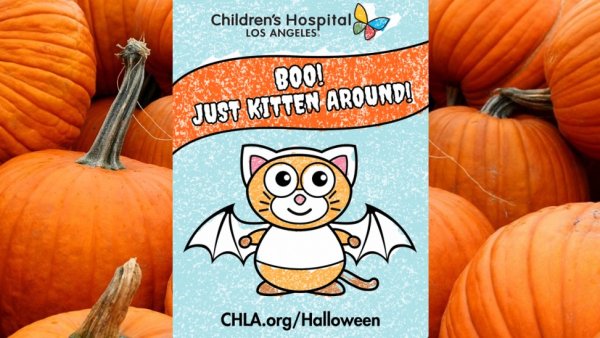 Children's Hospital LA Has Cute Halloween Cards You Can Send

After all, the spookiest holiday doesn't kick in come October around here, but rather a full six months ahead of time, if you look to major April events like Monsterpalooza and the Halloween Club Spook Show.

And, of course, the fact that Halloween Horror Nights, the huge 'n maze-y spectacular from Universal Studios Hollywood, is already making announcements about what pop culture favorites it will be spotlighting, with supernatural and scary panache, in the fall.

The very first announcement arrived on April 3, 2018, and it is as phenom-y and beloved as eeky properties come: That's right, adventurers of the Upside Down, "Stranger Things" will be making its debut at Halloween Horror Nights in Hollywood, Orlando, and Singapore.

"The parallel universe, referred to as the Upside Down that terrorized the small town of Hawkins, Indiana in Netflix's mega-hit "Stranger Things," will bring the chittering, predatory Demogorgon to 'Halloween Horror Nights' to stalk unwitting guests as they encounter iconic scenes, characters, and environments from the mesmerizing series."

Okay, then. So we have six months to prepare for this level of sheer scare.

And you can bet, now that "Stranger Things" is out of the ghoulish gate, the maze reveals will come fast and frightening over the coming weeks and months.

After all, Halloween is just over a half year away, which means, at least 'round SoCal, it is nearly here.