Halloween Horror Nights Unmasked! What it Takes to be a ‘Scare Actor'

A behind the scenes look at the makeup and mystery of Halloween Horror Nights.

Universal Studios is the movie studio that invented the monster movie genre with classics like "Frankenstein," "Dracula," and "The Mummy." So it's only fitting that they have one of the most popular Halloween events in Southern California - Halloween Horror Nights.

There are 8 themed mazes where fans can get their fright on. Some of the most popular this year have been "The Stranger Things" maze, named after the popular Netflix show. And "Halloween 4: The Return of Michael Myers."

But beyond the mazes, there are nearly a thousand "scare actors" that get dressed up in eerily accurate prosthetics, makeup, hair and costumes to scare guests as they make their way through the park. The team at Magee FX is responsible for overseeing this process each night during Halloween Horror Night and compare it to putting on a large scale stage performance every night. 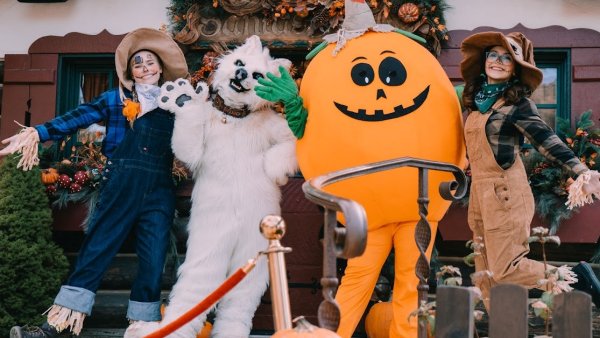 Professionals who also work in the entertainment industry are behind the scenes putting each blood spatter, torn denim, and gross gown into place in a short amount of time. I wanted to see what it's like to be a "scare actor" during this event and volunteered to transform into a She Wolf - complete with pointy ears and a bloody mouth. Watch the video above or go to the NBCLA Instagram feed to see what happened when I left my reporter pants behind and donned a dress for Halloween Horror Nights.