You would never, ever dare accidentally brush your fingers against the doughnut that's sitting next to the doughnut you want, never, nope, nuh-uh.

For that would be rude, given that the non-chosen doughnut is someone else's future doughnut, most likely, if we're talking about the pink box on the conference table at work.

But here's what's what, and don't play coy with us: You want that doughnut, too. You'd like to take a bite of every doughnut in the box, and every doughnut in every box, even doughnuts in boxes far from where you happen to be. 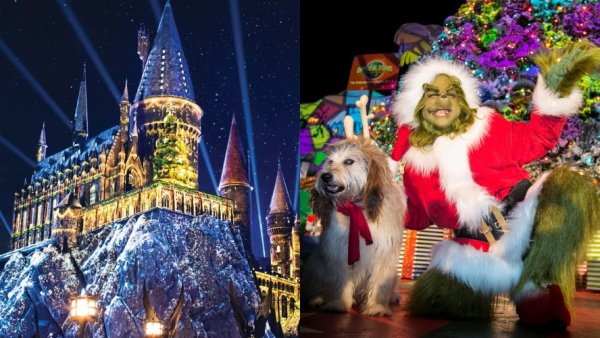 Because people who consider themselves devoted doughnutians?

We happen possess cravings that are powerful, and only a large-scale doughnut festival, one bringing a glazy day to a beautiful landmark, can address our sugar-dusted longings.

DTLA Donut Fest is one such major party, and it will be back, at Union Station, on Saturday, June 8.

Voodoo Doughnuts will be there, too, and, yes, Astro Doughnuts & Fried Chicken, as well as a few other cream-filled dreams.

A ticket is five bucks, via Eventbrite, but, yes, do show with more dough to buy, well, more dough. In short? You'll need money to purchase pastries once you're in the door.

There'll be doughnut-themed crafts to make, and a Donut-Eating Contest, and other happenings you donut want to miss.

Donut doubt us on that one.

The hours are 10 a.m. to 2 p.m., which is an excellent window for eating doughnuts. Not too early, which is also good for doughnut enjoyment, and not too late, which is great if you want a doughnut.

It's always Doughnut O'clock for devout doughnutians, in short.

Need more? Of course any doughnut devotee would want more, seeing as how we really do long to take a bite of every doughnut in the box. Bite away now, at all of the scrumptious details you'll need for this nummy scene.

Yes, nummy. Again, donut doubt us on that.