The Buena Park theme park is temporarily closed, but fans can see a just-released photo of what the new "throwback" attraction will look like.

Very excited, for the November 2019 announcement also revealed that the forest-fun world of these loved-long-ago bears would show up in a whole new way: As an interactive 4D dark ride called "Knott's Bear-y Tales: Return to the Fair."

The ride was originally slated to open during the summer of 2020, as part of the large-scale, centennial-celebrating "Knott's Family Reunion."

That opening was postponed, when the pandemic temporarily shuttered the Buena Park theme park, but teams continued to create a world that would give guests a bear-y nice time in the future.

That future date still hasn't been put on the books, but Knott's Berry Farm wanted to share a snapshot with the fans at home, all to give them a taste of what's to come on the highly anticipated 4D ride.

A similar photo to the picture seen above was posted on the Knott's Berry Farm social pages on Feb. 17, with colorful landscapes and purple-cool jelly blasters figuring prominently.

Guests will wield the jelly blasters with an oh-so-Knott's-y goal in mind: Recover stolen pies, goodies that, yes, are boysenberry-flavored.

And achieve that much-coveted top score, too, by the ride's end. 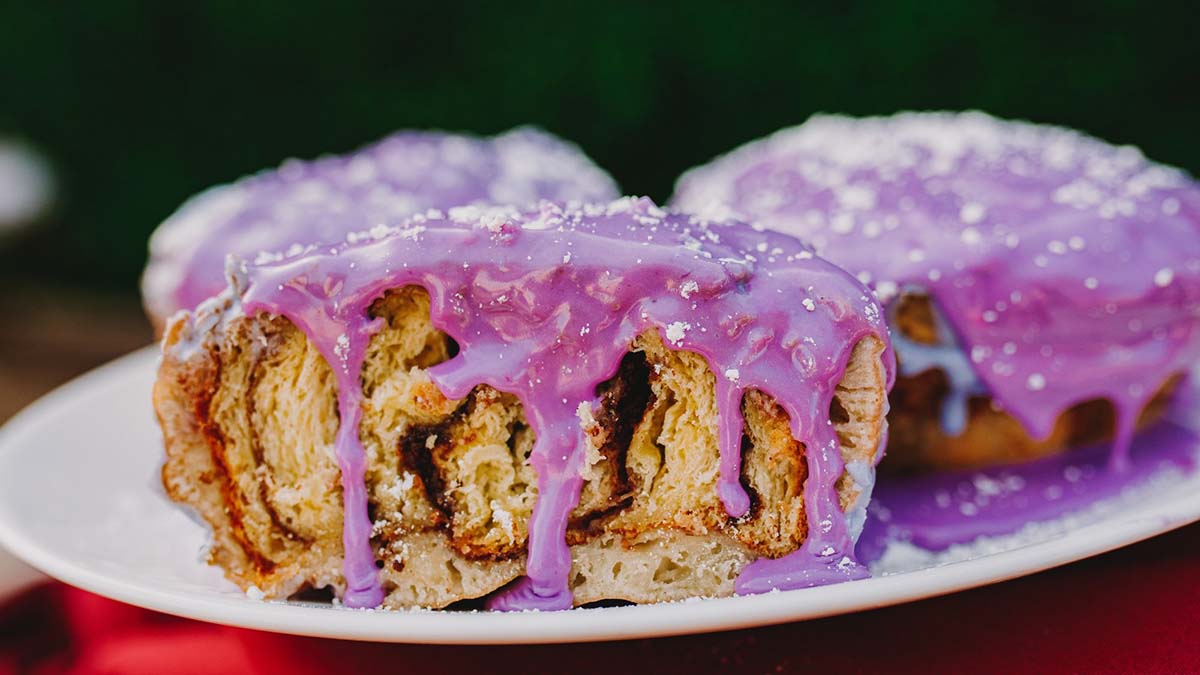 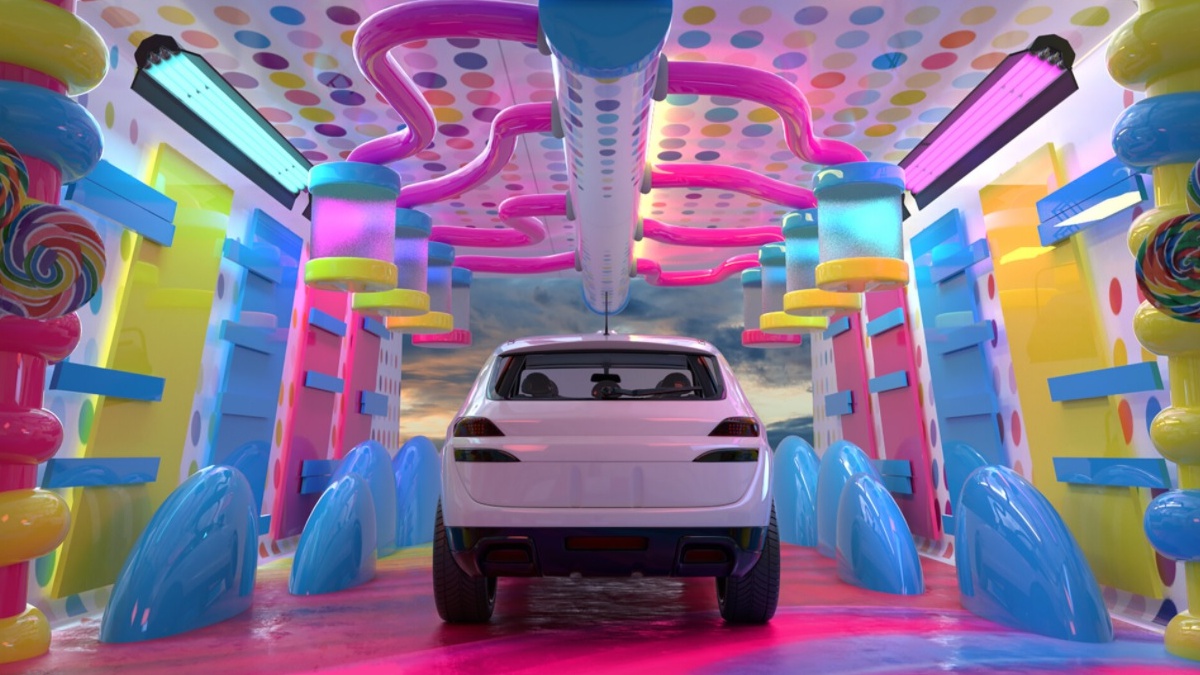 "The story takes place 34 years after the original adventure and follows Boysen Bear and Girlsen Bear as they travel to the Country Fair to earn the blue ribbon prize for their famous boysenberry pies, but Crafty Coyote is back along with his mischievous pups intent on stealing all the pies for themselves," is the whimsical word on the Knott's site.

Guests will swirl through spots like the Weird Woods and Thunder Cave along the route, which will feature both state-of-the-art technology and adorable Knott's figures first seen decades ago.

The theme park is sure to provide other Bear-y good updates in the weeks to come, so check the Knott's Berry Farm feeds, and its site, for more merry information on this throwback-meets-the-future fun ride.