The famous Pasadena procession won't dance down Colorado Boulevard in 2020, but there will be an offbeat happening online.

You can say a caboodle of true things about the fabled Crown City.

For starters? It loves its old trees, its Craftsman homes, its gardens, its historic alleys, its beautiful bridges, and its world-famous indie bookstore, too.

And does it love a parade?

Oh my fancy flowers. There aren't enough roses in the world, it seems, when Pasadena prepares for its grandest and most glorious procession.

Such processions have been cancelled in 2020, understandably.

And yet? The Rose Parade threw its first-ever virtual happening, in the spring, and invited families to create their own colorful floats with flowers found in or around their homes.

And the Doo Dah Parade, the funky, way-way-out-there answer to the august and rosy New Year's Day affair?

Love You, Pumpkin, but Sweet Potato Spice Lattes Are Here 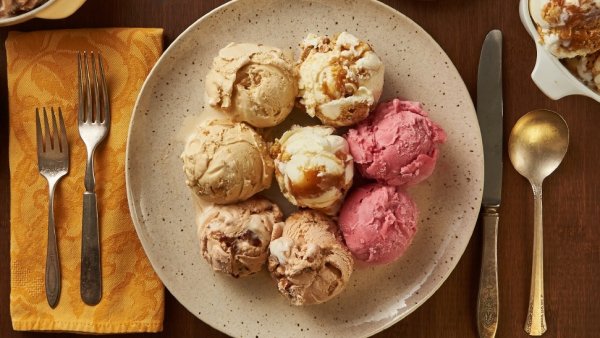 Nope, you don't need to build a small float brimming with blossoms, but parade organizers would like for you to submit a short video for possible inclusion in the together-from-afar event.

"The role of a lifetime awaits you in an experience that will project your spirit through time and space, in order to bring joy to both present and future generations," is the call to exuberant action from those who rule the Doo Dah.

A few things to know before you fire up the camera?

The completed parade video will be shared online at 11 a.m. on Sunday, Nov. 22.

But if you know your Doo Dah, you know that means "11-ish," or maybe closer to the noon, because this is a decades-old extravaganza that plays by its own rules.

Or, erm, no rules, really. Let's just be real here. Doo Dah will Doo Dah, now and forever, and we love them for it.

Second? You'll want to get your quickity-quick video into the Doo Dah team by midnight on Nov. 14.

Again, the key word is "short," so no need for a major production, set-up, or anything else: Just film yourself or your loved ones dancing to the Doo Dah Parade's theme song, and make sure you have at least 30 seconds of video.

Of course, you'll probably want to shake your stuff while rocking a strange hat or fun family theme, because that is the enduring and endearing nature of this parade.

It's an outlandish spectacle that's seen a cavalcade of space aliens, pups in costumes, and other weird wonders stirring up onlookers' enthusiasm since its 1978 founding.

Would you rather march than dance? You can do that, too. Just film left to right, and be sure your video is landscape, not portrait (same goes for any dancing videos).

Where and how to send in your submission? The Doo Dah Parade page has it all. There are also details on what to make for your submission, so peruse the whole page before slipping into your clown costume.

We won't see you quirking-up Colorado Boulevard in 2020, but maybe the merry participants of Doo Dah will find new creative inspiration in taking their outlandish lark into the virtual sphere in 2020.

Surely the temporary move online will inspire a team of Doo-Dah-ers' theme in 2021? For that's the way this parade rolls: It's topical, timely, and always eccentrically audacious.