For the first three weeks, guests must have a reservation to enter and will be limited to four hours inside the immersive new land

Disneyland's new Galaxy's Edge attraction promises to transport visitors to a new locale in the Star Wars universe, but any who overstay their visit might not catch their ride on the Millennium Falcon.

The theme park is expecting massive crowds when Galaxy's Edge opens May 31, and has detailed plans on how to accommodate guests or help them "move along" with the aid of Stormtroopers.

For the first three weeks, guests must have a reservation to enter and will be limited to four hours inside the immersive new land, the largest single-theme land inside a Disney park. It is spread out over 14 acres of rides and experiences, including shops selling personal droids, lightsabers, and Star Wars-appropriate food and drink.

A special wristband will identify a visitor's time window, and once it expires, Disney said it will shut off access to key attractions and merchandise locations. Park employees dressed as Star Wars characters will ultimately ask visitors to make their way toward one of the three exits so a new group can enter.

"There might be some First Order officers out there helping us or maybe some Stormtroopers asking people to move along," said Kris Theiler, vice president of Disneyland park. "We'll employ the First Order maybe later in the reservation period if we need to."

It's just one example of the lengths to which Disney has gone to make Galaxy's Edge look and feel like part of the Star Wars universe. It's designed as a grungy outpost on a distant planet.

The marquee attraction is a massive replica of the Millennium Falcon, where guests can roam the ship's halls and engage in a dogfight with TIE Fighters. 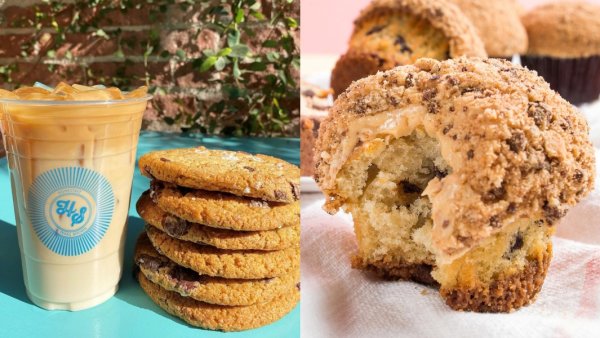 The park has plenty of other, more subtle ways to manage crowd flow. Theiler said walkways were widened from 3 to about 6 feet in different areas, and stroller parking is available. Around 7,500 new parking spaces along with new parking lot entrances and toll booths were added. A new pedestrian bridge was also built to help avoid logjams.

Disneyland declined to share the capacity limit for Galaxy's Edge.

The park will implement a virtual queue system after June 23, when the pre-reservation requirement and four-hour time limit are set to expire.

The virtual queue will be offered inside Disneyland only for visitors to reserve a spot to enter the Star Wars attraction, and is intended to alleviate long lines. Updates will be available through the Disneyland app or a kiosk in the park.

"We believe that we can get a lot of folks through the land, and the wait won't be unmanageable," Theiler said.

Theiler said Disneyland has learned from its other attractions, such as It's a Small World, Dumbo and Matterhorn Bobsled, how to manage crowds.

"Many of these attractions were built in the '50s," she said. "We didn't have the volume back then that we do today. We've gotten into the practice of utilizing walkway space. We really want to make sure from a guest perspective that we're ready to go. We've been doing a lot of infrastructure work the last couple years."

Even before Galaxy's Edge opens, Disneyland was the second most popular theme park in the world last year with 18.6 million visitors. It is second only to Disney World in Florida, where a version of Galaxy's Edge is scheduled to open Aug. 29.

Theiler said Disneyland also wants to create a fun and safe environment for visitors who might want to partake in a lightsaber battle or let their personal droid roam. Activities like that will be monitored on a case-by-case basis, she said.

"If everyone's having fun and no safety issues, we're going to let people do that," she said. "But if we start feeling like that's interfering with other guest experiences or other safety issues, then we'll have a gentle conversation with that group."