If you had to step inside a movie, and you have something of a free-spirited, lightly zany, ultra-adventurous spirit, you might choose the film universe that sports the ginormous monsters, quippy comebacks, stylish suits, and a Pug named Frank.

Basically, you'd want to enter the whimsical and witty realm of "Men in Black," where aliens and humans sassily spar, colossal creatures slither through cities, and a Neuralyzer can put whatever outerspace visitors you just encountered clean out of your noggin.

How, though, do you sign up as a recruit or volunteer, especially when the people who deal with interplanetary extraterrestrials must be so secretive about their calling?

Making for Westfield Century City is a start, and the newest virtual reality at Dreamscape, those inventive creators of step-inside, be-a-part-of-the-action adventures.

"Men in Black: First Assignment" debuted as the VR outfit's latest lark on the first day of October, and you can correctly guess that Sony Pictures Virtual Reality was on board in the building of this fantastical, fiend-filled world.

Oh, surely you knew there would be fiends and baddies, yes? You'll need to face down "evil Octopoid invaders" (yep, there are tentacles involved) before they get a foothold, er, tentaclehold on good ol' Planet Earth.

Your VR vehicle? This is as sweet as a tentacle is, er, suckered: It's a hoverbike, allowing you to "free fly" through the high-in-the-sky action. 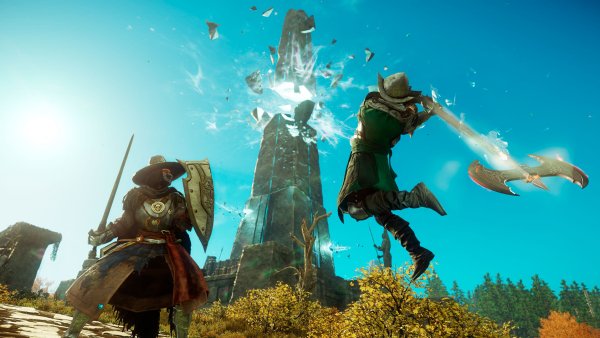 "Almost 25 years after the men in black first saved the planet from destruction, it's incredibly exciting to welcome a new class of elite government agents to continue the story at Dreamscape,'" said Walter Parkes, co-founder and CEO of Dreamscape and executive producer of the MIB film franchise.

"This experience fully immerses fans in an iconic cinematic world — making them the star of their own intergalactic adventure."

You won't need to wear a suit and necktie to save the world in Century City, and those iconic sunglasses will be a VR headset.

But a ticket? That's as important as Frank is furry: They're $20 each, and you can reserve yours here.