The "limited-capacity ticketed experience" will include food, drinks, chances to "wave to characters," and photo opps, too.

Disneyland California Adventure in Anaheim has been partially open, in recent months, as part of a larger shop-and-eat Downtown Disney District experience.

But roaming further into the theme park, which sits directly across from Disneyland park, wasn't yet a possibility, and something akin to a food festival, the sort of happening that traditionally pops up at Disney California Adventure in the late winter, wasn't on the schedule yet, either.

That's going to change on March 18 when "A Touch of Disney" debuts.

In early February, Disneyland Resort promised a new ticketed food event, but the dates and details were not fully known.

That info-filled announcement arrived on Feb. 24, along with what attendees can expect at the "... new, limited-capacity ticketed experience."

Both "new and classic menu items" from the food and libation sides of the famous Disney kitchens will be available for purchase during the experience, which will take place every Thursday through Monday starting on March 18.

The first set of tickets will be released for the March 18-April 5 window. 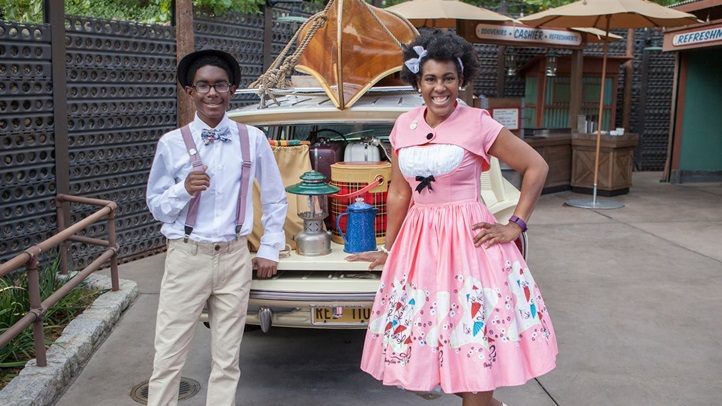 Yes, for sure: Churros and Dole whips, two of Disneyland Resort's most talked-about treats, will be part of the fun-eating line-up. Lobster nachos, torta de papas street tacos, and carrot cake funnel cake fries will also add spice and sweetness to the 2021 roster.

Look also for "unique photo locations" around the outdoor area, as well as chances to "wave at characters."

And a curated playlist will add musical flavor to the flavorful proceedings.

A ticket, which has an introductory price of $75?

It includes "... admission, parking for the experience at Mickey & Friends parking structure, unlimited downloads of Disney PhotoPass photos taken during the day of the experience, and a $25 A Touch of Disney dining card valid towards the purchase of food and non-alcoholic beverages (subject to restrictions including not being valid for alcohol)," shared the Disneyland Resort team.

Do keep in mind that ticket prices are "subject to change."

Also important to know? Attractions are still temporarily closed, but Downtown Disney District will be open throughout the run of "A Touch of Disney" for both outdoor dining and shopping.

Tickets go on sale on March 4 for some of the dates, with new tickets to be released on a "rolling" basis as the opening date grows closer.

For more details on "A Touch of Disney," and what safety protocols you should expect, visit the official Disneyland blog now.