Otters to Octos: Go Behind the Scenes at the Aquarium

The virtual tour of the Long Beach aquarium's Northern Pacific Gallery will give animal fans a closer look at critters of the colder part of the ocean.

The shortest day of the year is on fast approach, major snowstorms are sweeping through major cities, and the decorations we see on the streets are full of flakes and frost.

We're standing at the doorway to winter, even here in sunshiny Southern Cailfornia, which means that our thoughts have now turned to chillier topics.

But one of the chilliest places we can imagine? Bundle up, lovers of the Big Blue: It's the northern part of the Pacific Ocean, which is home to numerous beasties that love life on the brisker side.

A number of those animals can be seen at the Aquarium of the Pacific's Northern Pacific Gallery, including the ever-popular sea otters and the elegant and ethereal giant Pacific octopus.

And you can get acquainted with these cold-fancying critters just as winter kicks off thanks to a new virtual tour helmed by the keepers at the water wonderland, which is based in Long Beach.

It's the Virtual Tour of the Northern Pacific Gallery, and it is glub-glub-ing on Dec. 19 and again on the 26th.

Sea otters are some of the superstars in the spotlight during this ten-dollar roam-around, but you won't just be seeing their habitat.

A quick trip behind the public-facing area is promised, a rare peek that'll please people who can't get enough of the otters' antics, roly-poly-ness, and whisker-sporting sweetness. 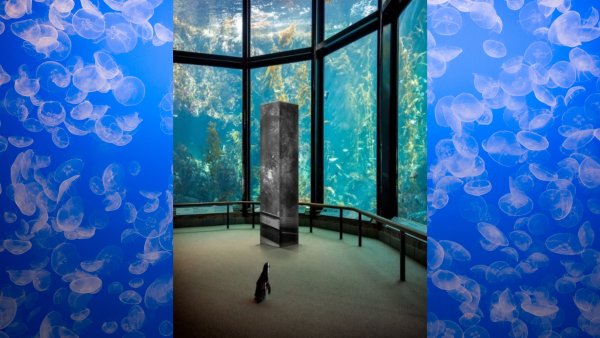 A Cute Penguin ‘Encounters' a Faux Monolith in Monterey 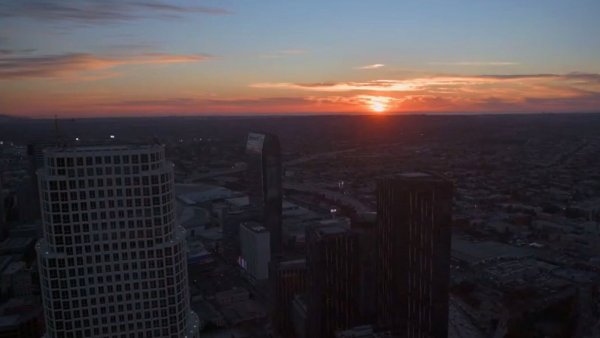 But wait, there's more, as in lots more, if you like more tentacles, more suckers, and more mystery.

For the giant Pacific octopus is also a resident of the Northern Pacific Gallery, a massive cephalopod that seems to ripple and spill, with ease, around rocks.

"The largest species of octopus in the world, these intelligent and mysterious creatures grow to over 20 feet (6.1 m) and may weigh more than 100 pounds (45 kg)," is the intriguing bit of octo-info on the aquarium's site.

Other cold-favoring favorites in this gallery include sea jellies, various crustaceans and anemones, and seabirds, too.

Missing time among the tanks at this world-class facility? You otter know that the Aquarium of the Pacific has several virtual events on its upcoming schedule.

Roll, like an otter, or ripple, like an octopus, in this direction now for tickets, times, and tentacles aplenty.