Peachy Keen: The Donut Man's Peach Treats Are Back

The way-popular peach doughnuts are now available at the Glendora-based bakery, for a limited time.

Glossy goodies have a glorious way of showing up in the cooler months, it's true.

Think caramel apples around Halloween, the sort of munchables that reflect nearby light, and various holiday cakes, the kind with sugary, lamp-mirror crusts.

But there's no glossier delectable in Southern California, and probably far beyond, than The Donut Man's peach doughnut.

Could its glazy appearance reflect the sun on a cloudy day, thanks to its gooey, peachy, super-sticky filling? Could it serve as some sort of edible lantern on a moonless night? 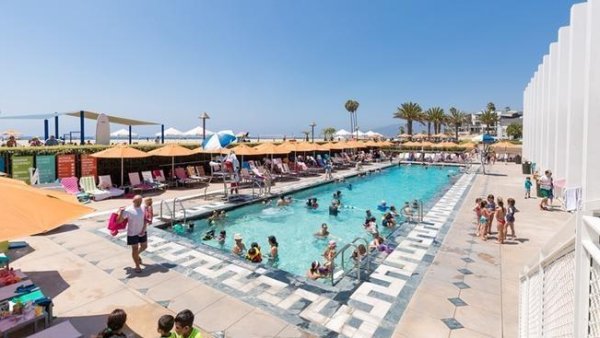 Perhaps science should look into those possibilities.

You probably don't want to use this bright-flavored sweet as a source of illumination, though. You'll want to eat it, and you'll want to do soon, as the famous doughnuterium only offers these super-anticipated seasonal doughnuts for a very limited time.

True, The Donut Man's equally famous strawberry doughnuts are also a limited-time treat at the Glendora shop, which has been a popular stop for jelly-filled, chocolate-topped goodies for over 45 years.

But the strawberry doughnuts' yearly run is always far longer than their peachy counterparts, which can stay on The Donut Man's crumb-laden shelves for but a few weeks.

The peach doughnut season got an early start, beginning in the second week of July. Any true-blue, er, true-peach peach doughnut buffs out there will know that their beloved confection has a predictable way of showing up later in the month, typically.

Will this early start mean an early wrap-up for peach doughnut season?

The Donut Man is hoping to have them through to the second or third week in August, as the final date, "depending on the growers." The fruit used in each doughnut hails from the Golden State, making this local favorite extra local-y.

Each peach doughnut is $4.50, and, no, it is not really a lamp or a source of light. But emotionally? Spiritually? Is it something you can purchase with a fiver that has the potential to turn a frown upside down and create a little inner light?

The Donut Man's glossy summertime limited-time treat is a frown turn-upside-downer, for sure. Go Glendora now, or before we reach deep August, for this iconic treat.