Randy's Donuts Rolls for Santa Monica, With a Fun Freebie

If you're at the new shop on the morning of opening day, you'll enjoy a complimentary raised glazed doughnut.

We'd never want to challenge the ever-incredible concept of "Taco Tuesday," for the notion of noshing a couple of tortilla-wrapped goodies on the second day of the week is one that can help anyone sail through a Monday with their smile fully intact.

But what about Tuesday morning, before we reach lunch and dinner? Could we figure out a way to incorporate another delectable foodstuff, an appetizing icon that has plenty of local cred, much like the taco?

We most definitely can, if we look to the final Tuesday of August 2021. For that's when Randy's Donuts, that beloved purveyor of fritter-tastic, icing-slathered, cream-gooey pastries, will open its doors at its new Santa Monica location.

And those doors will open early, starting at 6 in the morning on Tuesday, Aug. 31.

If you happen to visit around then, or you at least stop by the Wilshire location between 6 a.m. and noon, you'll be able to enjoy a raised glazed doughnut on the house.

But the opening morning merriment doesn't stop with the tempting freebie: A 10-foot replica of the shop-topping Randy's Donut, the giant goodie that sits atop the company's original shop in Inglewood, will be in front of the new spot starting at 11 a.m., if you'd like to snap a picture. 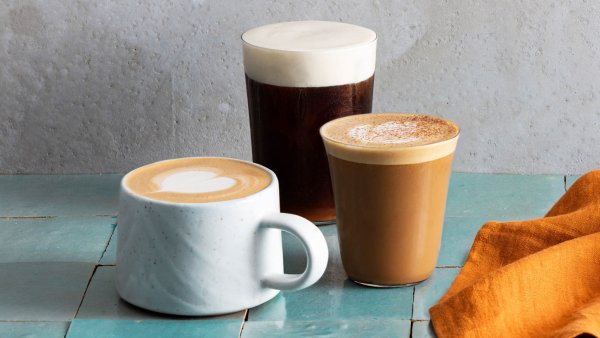 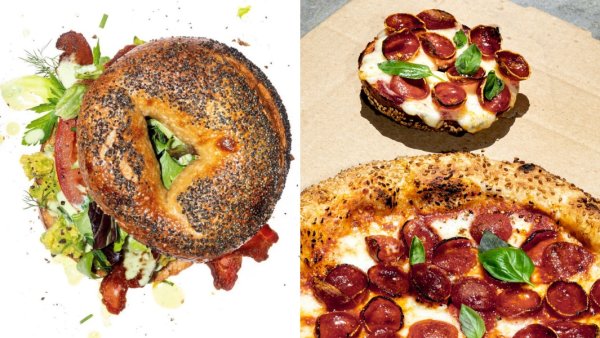 Stylish Sandwiches and Pizzas Will Star at Bagel + Slice

Nope, there won't be an over-sized sweet serving as a quirky crown to the Santa Monica doughnut destination, but count on the confections inside to boast that now-famous Randy's yumminess, tender-flake-a-tude, and milk dunk-a-bility.

"For almost 70 years our original Inglewood shop has been a top Los Angeles tourist destination. Just like the Santa Monica Pier, people come from all over the world to Randy’s Donuts for the photo op, but they stay for the doughnuts," said Mark Kelegian, President of Randy's Donuts.

"Santa Monica is a community that loves its coffee (and donuts) as much as we do.  That's why we decided to use the Santa Monica location for the launch of our newly redeveloped Randy's Roast coffee, testing new flavor profiles and coffee beverages paired with our handmade donuts before we introduce them to more stores."

"We're excited to take Randy's Donuts to the next level as a key player in both coffee and donut categories and it’s all starting in Santa Monica."

Want to see the moment the ribbon is ceremoniously cut on Aug. 31?

That's scheduled for 11 a.m., meaning you'll still have an hour to secure your complimentary raised glazed doughnut before the clock strikes noon.

Which means that, yes, you'll still have time for Taco Tuesday, wherever that may lead you after your stop at the brand-new Santa Monica-based Randy's Donuts. Delicious.