Is 3:45 a.m. still kind of the night before or totally the next day?

Technically, yes, that particularly yawny time is officially within the day it is in, and that cannot be quibbled with, nope.

But the answers you might get, if you were to put such a question to a dozen different friends, would very much depend upon whether your pal is an extreme late-nighter or an up-with-the-dawn-ite.

Whatever side of the 3:45 a.m. fence your friends fall on, the truth of the moonlit matter is this: There's a free and fantastic event starting at a quarter to 4 in the morning at Griffith Observatory, and if that means you'll push on into the night, or you'll go to sleepsies early and set the alarm, is up to you.

As you can surmise, the gathering is of an astronomical nature, and, as we earthlings well know, the cosmos don't always respect our need for shuteye.

Not even mad, cosmos. You do you. We'll adjust down here, no problemo. 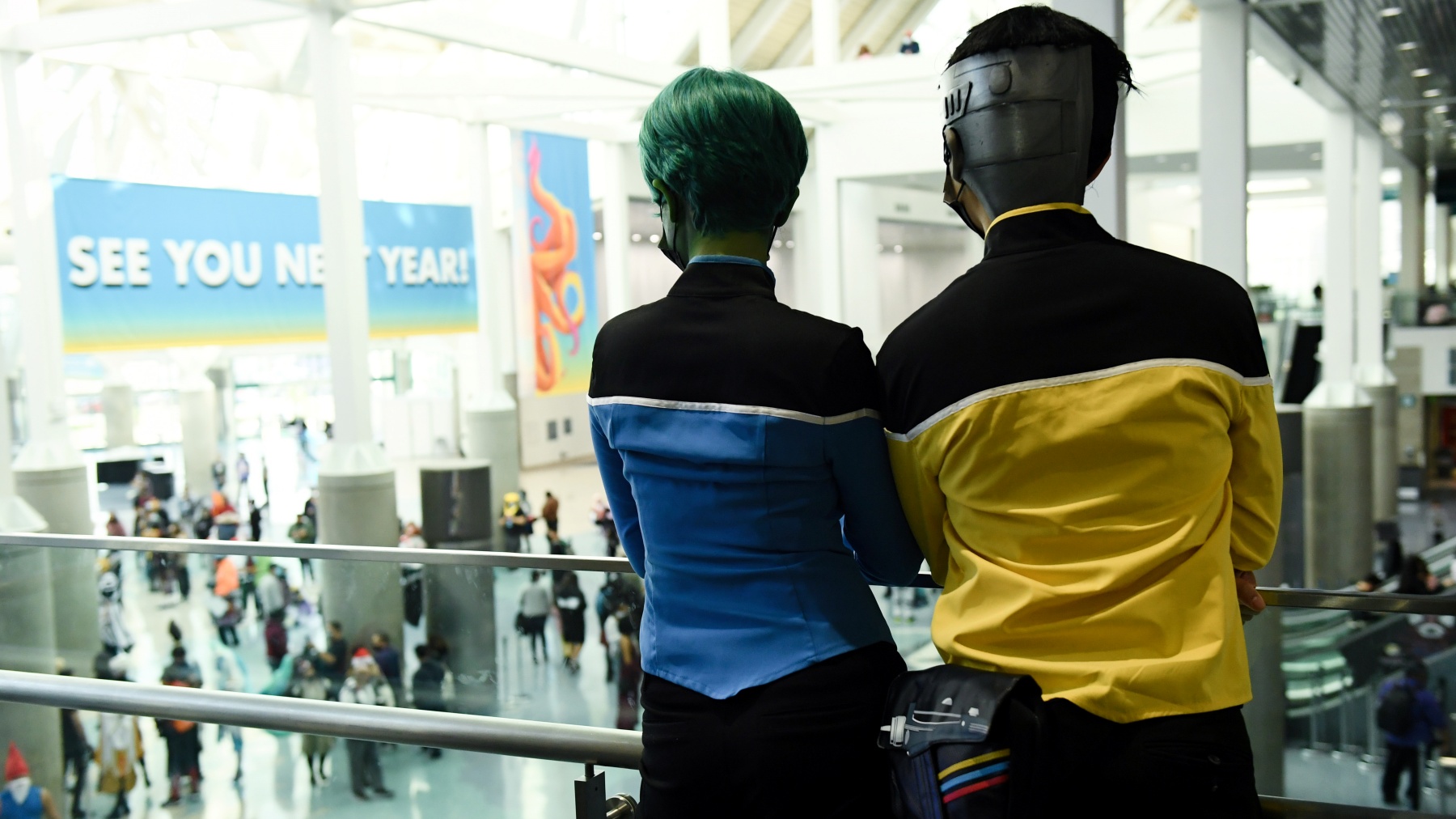 A lunar eclipse is due on Wednesday, Jan. 31, in the wee small hours, into the not-so-wee small hours, and the landmark perched high on a Griffith Park hill is ready to look up, in wonder/astonishment.

That whole wonder/astonishment bit will be cranked to the max, as this is no mere full moon, but a Super Blue Blood Moon, which is just about as Venn diagram-y as the moon gets. Blue=second full moon of the month, super=the moon is closer to the earth, blood=the ruddy hue seen during the eclipse.

Now we feel bad for saying "mere" full moons. Those rock, too, but... a Super Blue Blood Moon is kind of a blockbuster, no? As lunar events go?

And you're invited, for free, on Jan. 31, to the Total Lunar Eclipse! That exclamation point is a Griffith Observatory addition, so you know they're excited. As we should all be, because moon stuff is cool stuff.

The hours are 3:45 to 7 a.m., the building will be closed but the outside area around the famous structure will be open, and, if you just keep hitting the snooze button, and miss getting there when it all opens, grab your phone and stay in bed: The observatory is live-streaming the eclipse.

"Maximum eclipse" arrives at 5:29 local time. The "first bite" out of our lunar satellite occurs at 3:48, and the cosmic show takes a bow at 6:07 a.m., meaning it'll be time for doughnuts, or work, or a little more dreamtime before the day officially starts.

Okay, moon, and sun, we see you're starting it super early, or super late, on Jan. 31, all to wrap our Januarys with quite the awesome eclipse show. We see the challenge you've laid down — staying up or waking early — and we're prepared to meet it, with enthusiasm and awe.

Note that "large crowds" are expected, and there are a few not-to-brings (yes, not-to-brings), so study up, night owls/morning doves.