The Glow Must Go on, But Riverside's Festival of Lights Will Be Toned Down

There will be no switch-on ceremony when the Riverside Festival of Light begins Friday for its holiday run.

An estimated 750,000 people visited during last year's Festival of Lights in downtown Riverside. This year, the glow will go on, but without the large crowds.

The community’s signature holiday event begins Friday and continues for the duration of the Christmas season.  An official switch-on ceremony will not take place.

Officials decided in the summer that activities would be limited this year. The Riverside City Council voted in August to limit city funding for the six-week event to $60,000. It has generally received between $378,000 and $825,000 in previous years.

Mission Inn Hotel & Spa owner Duane Roberts began the Festival of Lights in 1992, and he acknowledged the need to scale down the affair this year to prevent large crowds and observe other precautions stemming from the COVID-19 pandemic. 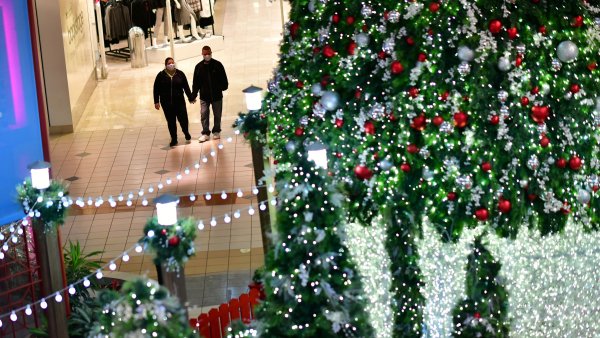 How to Shop Safely Online on Black Friday and Cyber Monday

“The lower-cost model for the 2020 festival includes some holiday decor in the area around the Mission Inn, including holiday-themed selfie stations, three holiday trees, large ornaments, a sleigh, bows and garland on lights and bridges, and an assortment of holiday-themed light displays, in addition to the lights that are placed on the Mission Inn,'' according to a city statement.

No carriage rides or sing-alongs are in the works, nor will there be any vendors lining the Main Street pedestrian mall. Only twinkling lights.

The nightly festival, which traditionally begins the day after Thanksgiving, features the century-old inn bathed in multi-colored hues, with some 400 animated characters, including elves, toy soldiers, nutcrackers and angels, visible on banisters, balconies and ledges.