However you approach March 17, you know this much: You've gotta wear some green or else face the possibility of a friendly pinch.

Whether the tiny threading in your socks counts to the potential pincher, or the fact that your eyes may be sort of green, is a subjective matter, and one that's made on a case-by-case basis. Not so subjective, however, is the fact that Southern California is home to a host of grand celebrations, from the homey to the historic to the classic hullabaloos.

St. Patrick's Day is on a Thursday in 2016, and many places will boast that festive pre-Friday feeling, all in honor of the holiday, including... 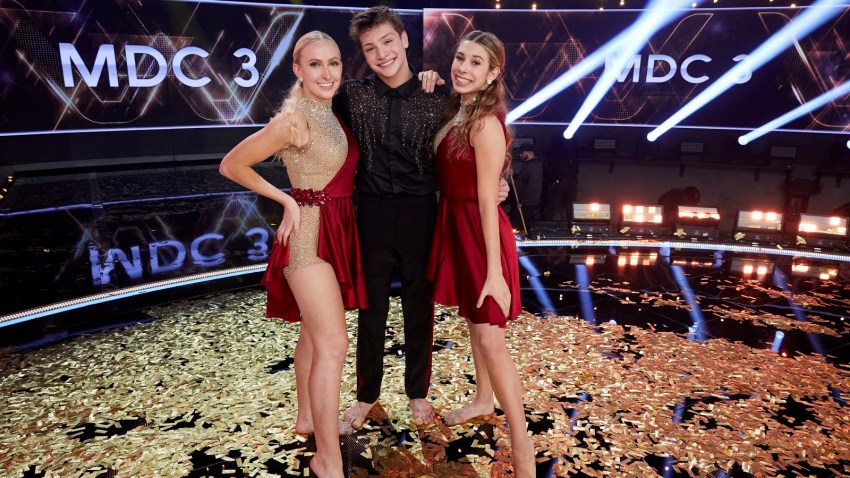 world of dance 2 hours ago

Pershing Square: It's a daytime shindig at the downtown location, with food trucks, a beer garden, and a trio of acts rocking/dancing away (Bad Haggis, Hollywood U2, Cleary Dancers). Everything revs up an hour before noon, and it is free, so Metro-ing there is a wise move, Paddy partiers.

Tom Bergin's: If you've seen the neon shamrock on Fairfax Avenue, the one that says "House of Irish Coffee," then you well know that this tavern is one of the most classic joints in all of SoCalandia. It's turning 80 in 2016, and remains a superstar of the strong, whiskey-fied coffee biz. Will its annual St. Patrick's Day party, which often can spill outside of the cozy spot, reflect both that anniversary cheer and its status as an Irish Coffee powerhouse? "Aye" is the only correct answer.

The Original Farmers Market: Magee's Kitchen is another stalwart of Fairfax Avenue, and, like Tom Bergin's, it has been doing its special thing for decades. Only that "thing" is corned beef, not coffee, and it is the go-to dish at the public market every March 17. There'll be a small queue when you show up, just know, but a convivial one. Or go find the live tunes -- bagpipes, then, later on, a band -- to find more convivial doings (and dancing, too).

Casey's Irish Pub: Where's your green beer? It's here, at the downtown nexus of all that symbolizes March 17, LA-style. There's whiskey, too, and corned beef sandwiches, and a bunch of holiday-ready haps. Year number seven for this party may make it extra lucky, but it also means it has gotten quite popular. Best bet? Arrive early, at 11 a.m., when the gates first swing wide. It's free to get in, but a ten-buck entrance fee kicks in at 3:30. Good? Good.

Tam O'Shanter: The goings-on around Glendale will feel quite historic, like the parties on Fairfax Avenue in the Mid-City area. Why? Oh, the Tam is a venerable nook, with nearly 100 years under its cottage-y belt, making it a fun place for an old-school St. Pat's Day observance. Bailey's cupcakes, shamrock-shaped cookies, and a host of fine beers and spirits will round out the proceedings. The pub eats are pretty party-ready, too, if you want to get your vittles on.

The Morrison: If you want to stay close to the Tam O'Shanter, The Morrison's celebration is taking a savory bent, with a corn-beefy St. Patty Burger and St. Patty Chili Dog, too. There's a bit of March Madness going on, too, if you want to combine your shamrock-sweet celebrating with some basketball action. Want the full rundown of the holiday eats? They're right here.

Angel City Brewery: A comedy show, live music from The Vignes Rooftop Revival and Pretty Polly Band, and a Cornhole Tournament will be the holiday-fun hallmarks of this Arts District gathering. Oh, yes, and the brews, too, as well as eats from local places like Kai Kai Dumplings. As with many St. Patrick's Day parties, this one has an early start, at 2 o'clock in the afternoon.