Boldly go to The Egyptian in Hollywood, for a cinematic celebration.

Take a moment and walk over to the bureau in your study, the one that holds all of the write-it-down calendars from the past few decades.

Find your 1966 day-book, lick the tip of your finger (like they do in the movies), and flip to September. What were you doing on the eighth day of that particular month?

If you were at the perfect confluence of pop culture, legacy, luck, and timing, you were watching the very first episode of "Star Trek" as it aired on NBC. 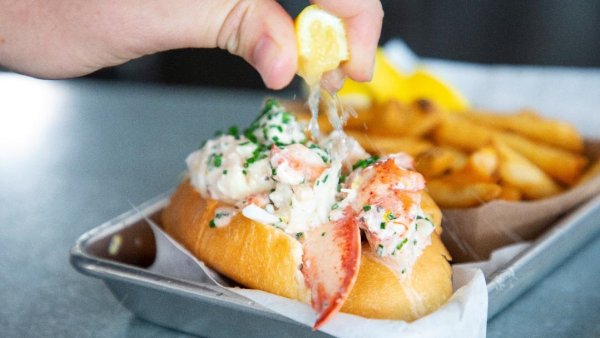 Yes, "The Man Trap" was the out-of-the-gate episode of Gene Roddenberry's magnum spacus, though, of course, fans know about the pilots that preceded it.

Everything that would follow, though, would turn out to be pure cosmic-tinged magic, from more television series, more classic characters, more soliloquizing villains, more weird planets, a host of films, a caboodle of costume-major conventions, and more novels and comic books than can fit inside a Borg cube. (Not that you'd try, as that might not be viewed favorably by the collective, we'll guess.)

It's the 50th anniversary of "Star Trek," in short, and while the big-as-a-nebula fan convention wrapped in Las Vegas earlier this month, you can still get your Spock ears on at The Egyptian Theatre, which'll be doing it up for "Star Trek at 50" over a few nights.

Those few nights kick off on Friday, Sept. 9 with a screening of "Star Trek: The Motion Picture." "For the Love of Spock" unspools on the next night (with Leonard Nimoy's son Adam in the house) while "Star Trek II: The Wrath of Khan" and "Star Trek III: The Search for Spock" take the screen on Sunday, Sept. 11

"Star Trek IV: The Voyage Home" and "Star Trek VI: The Undiscovered County" round it all out on Friday, Sept. 16.

Also? There are myriad ways around LA to indulge in all of your Enterprise-based yearnings at really any time of the year, from a visit to the Leonard Nimoy Event Horizon Theater at Griffith Observatory to a day out at the Vasquez Rocks Natural Area Park, where Captain Kirk tussled with a very persistent Gorn.

And one interesting treat on the near-calendar: A Mozart opera meets "Star Trek" parody sings at The Ford Theatre on Saturday, Sept. 3 ("Abduction from the Seraglio" is the work).

Since the series began bringing operatic stories into our homes on Sept. 8, 1966, this interpretation feels quite fitting.

But then again, Mr. Roddenberry's space-big vision has cleaved well to numerous storytelling forms and fan-popular events over the last half century. Here's to the next 50 years, and to "Star Trek" boldly going, and going, and going...