There's a televised special on the morning of Jan. 1, as well as coloring sheets themed to past programs, and video of the Rosebud Parade.

It's hard to stop a rose from blooming, especially when the powerful flower comes from a bush that is known for its hearty and happy blossoms.

Likewise, the Rose Parade, even when cancelled, like it is for 2021, still will find a safe and celebratory way to show off its pretty petals, giving fans at home the chance to experience some of the thrills found out on Orange Grove and Colorado Boulevards come New Year's Day.

How, though, can you still connect with the world-famous spectacular on the morning of Friday, Jan. 1, when the parade won't actually be, well, parade-ing?

Don your favorite rose-red scarf, and a rose-covered sweater, then warm up a mug of something chocolate-y and look to...

Your TV: "The Rose Parade's New Year Celebration Presented by Honda" will air on ABC, Hallmark, KTLA, NBC, RFD-TV, and Univision starting at 8 o'clock, the traditional start-time for the procession.

"We may not be able to host the traditional Rose Parade, but we won't let January 1 pass without celebrating the New Year in spectacular fashion," reads a summary on the Rose Parade site.

Eager for more parade-style fun after the special concludes? 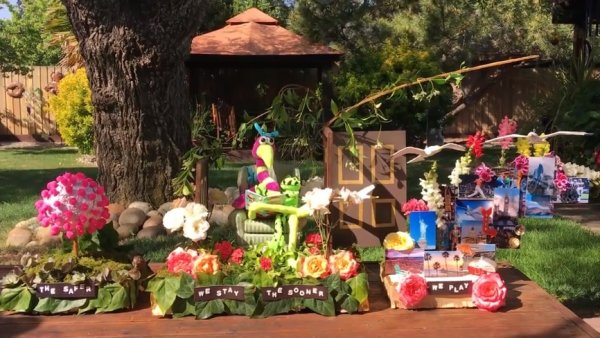 The Homemade ‘Rosebud Parade' Is Ready to Roll 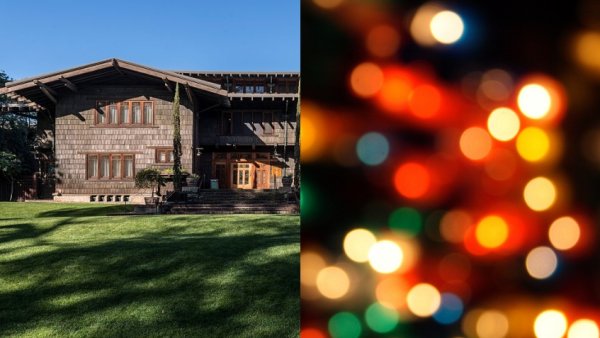 Watch the first-ever Rosebud Parade, and marvel at the imagination and ingenuity of at-home fans and the lively and little floats they built.

The community-building to-do, which took place in the spring of 2020, was all to give people staying in during the pandemic a chance to stretch their creative wings.

Love to put colorful pencils to paper? The Rose Parade has shared several free, ready-to-download coloring sheets on its site, including the cover of the 1940 Rose Parade Souvenir Program and Rose Bowl Stadium.

The Rose Queen's Mikimoto Crown and the Trader Joe's 2020 float are also included in the crafty-cool coloring sheets.

And while the virtual Rose Parade route tours have wrapped for Pasadena Walking Tours, at least for 2020, you can always sign up for another from-home adventure involving the Crown City.

A Haunted Pasadena tour is up in the middle of January, with other history-minded, Pas-perfect perambulations still to come.