True or false: You have to wear an old-time boater hat and stripey suit to enjoy a root beer.

The answer? Well, false, of course, but should you don a boater, if you have one handy? Or hold a frilly parasol? You know the only correct response: Absolutely.

There are few beverages that summon the spirit of the early 20th century like root beer and its bark-brisk cousins sarsaparilla and birch beer. Maybe it's because root beer became a soda fountain staple in soda fountains' big heyday or because of its purported medicinal properties. 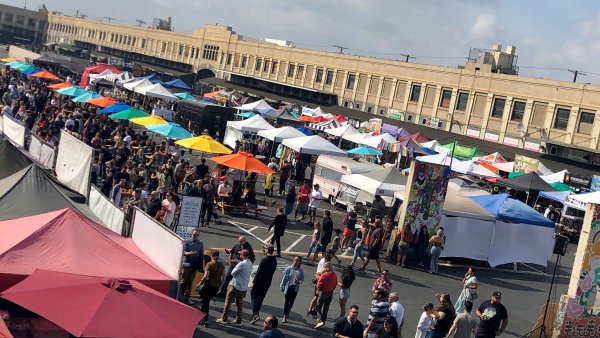 The boaters will be out in force -- or, perhaps, in spirit -- when Galco's, that merry centerpoint of carbonated beverage, pays homage to root beer and all of its creamy, foamy, tastes-of-nature characteristics.

Some 75 root beers, and related beverages, will be lined up for root beer pros to try, the better to determine "what IS the best root beer?" If ever there was a place to do it, it is Galco's, which famously stocks hundreds upon hundreds of nostalgic, quirky-bottled pops.

Tickets? They're twelve bucks, and the day helps out the Southwest Museum, and Casa de Adobe, which supporters would like to see "again open to the public full time." They're not to far from Galco's, so, yeah. Neighbors being neighborly.

Past soda festivals at the historic former grocery store have seen queues out the door, so jump on your spot, if you're root beer-mad and the idea of spending a summer Sunday taste-testing birchy bevs appeals.

Seriously, though, you don't need to own a boater hat to attend. But you do, right? No judgment, no prodding, but, totally: You've got a boater? And a mustache? A parasol? A bustle? One of those articles? A bicycle with a giant front wheel? A Model T?

Okay. Sounds like you're a root beer professional, then.