Watch a Livestream of ‘Citizen: An American Lyric'

The Fountain Theatre presents a virtual reading of Claudia Rankine's profound look at racism in America.

Poetry, literature, and employing just the right words to connect with a major moment? Writers have long found memorable ways to pen important stories, those portraits of real life that are urgent, heartrending, and able to prompt the audience to action.

Acclaimed poet Claudia Rankine did just that in 2014 with "Citizen: An American Lyric," a poem that won that National Book Critics Circle Award for Poetry among other major literary prizes.

The Fountain Theatre has presented a number of on-stage readings of "Citizen: An American Lyric" in recent years.

The vibrant arts venue is temporarily closed right now, due to the pandemic closures, but it is bringing back "... the provocative meditation on race, fusing prose, poetry, movement, music, and the visual image" to both lend support to the Black Lives Matter protests and reach a wider audience via the internet. 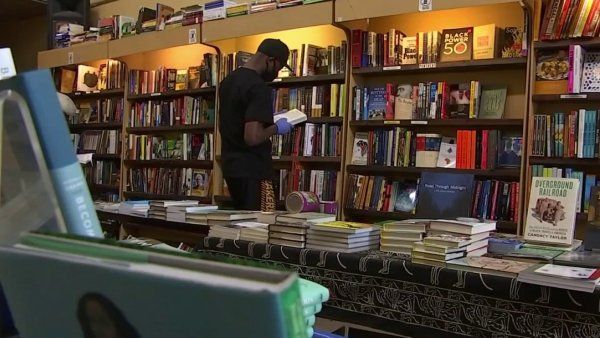 People Flock to Local Bookstore to Read Up on Black History

The livestream production draws from the previous adaptation from director Stephen Sachs, who is also the artistic director for The Fountain.

"Citizen: An American Lyric" runs around 90 minutes, and it will take place on Sunday, June 7 at 5 o'clock.

The award-winning work offers "... an intensely provocative and unapologetic rumination on racial aggression, seemingly everyday acts of racism are scrutinized as part of an uncompromising testimony of “living while Black” in America — from the shooting of Trayvon Martin, to the tennis career of Serena Williams to the aftermath of Hurricane Katrina."

Among the performers you'll see on the livestream?

“The times have called us, once again,” says playwright Sachs, who is also the Fountain’s artistic director. “'Citizen' is a powerful, meaningful way for the Fountain to continue adding our voice to the national conversation.”