LA Pride: Hello again to one of the happiest, joy-laden-est, most historic, and join-together-iest pride celebrations in all of the land, an important event that will soon celebrate its first half century. How to find your own part of the 2019 festivities? The parade on Sunday, June 9 will travel along Santa Monica Boulevard, between Fairfax and Doheny, from 11 a.m. to 2 o'clock. And you're welcome to #JUSTUNITE, all weekend long, at the LA Pride Festival (find it along and around San Vicente between Melrose Avenue and Santa Monica Boulevard). The big-name acts set to appear? Oh goodness, they include Paula Abdul, Meghan Trainor, and Years & Years.

BoldPas: The days are longer, the sky is brighter (when that ol' marine layer goes bye-bye), and we're in the mood to observe colorful art, presented in an out-sized fashion, under the sun, and we want to do it all for free. Oh, what's this? Old Pasadena comprehends this particular longing? Hurray. And hurray to year three of this pay-nothing to-do on June 8, an event that will feature 17 installations from a host of incredible artists. They'll dot the Colorado Boulevard-close area, but keep in mind other BoldPas-y pursuits are afoot in nearby galleries and such.

World Ocean Day: Whatever we're looking at, whatever we're listening to, whatever we are doing, there's something out there that is large, really large, and exceedingly damp, and essential to our planet, and the home to oodles of the coolest critters. Hint? It's the Big Water, and the Aquarium of the Pacific will pay tribute to it via a host of educational activities on June 8. After all, this mega collection of water droplets "covers 70 percent of the Earth's surface," a fact that should prompt any person to want to care for it in every way possible. How to start with something so ginormous? An aquarium visit is a splashy first step.

DTLA Donut Fest: Okay, you're right, National Doughnut Day is on Friday, June 7, and sweet specials will go round around town (round like a doughnut, of course). But keep the doughnut feelings baking high, for Union Station will host a whole luscious line-up of doughnut makers on Saturday, June 8. You'll pay five bucks to get in, and you'll want to have money to buy doughnuts that catch your frosting-loving fancy along the way, keep in mind. There shall be other to-dos, like crafting, and a doughnut-eating showdown. Not only does SoCal dominate the doughnut-perfecting arena, but we also have a cool doughnut festival, too. 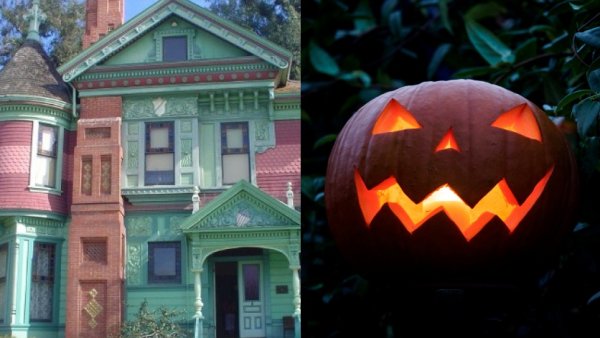 Claremont Blues & Brews Craft Beer Walk: Whether you stroll, saunter, or just leg it around Claremont Village, you're going to have an exceedingly pleasant outing, most likely. And if it is a Saturday afternoon or early evening? And you're a buff of well-made craft beer? And you've got your designated driver at your side? Oh goodness: That's a pre-summer feeling you feel shining within. This breezy brew bash, which indeed has a bevy of great live tunes, too, is marking its first decade in 2019, by the way. Also by the way? There'll be bites for sale, if you want to nosh as you go. Peek under the foam for more info on tickets to the June 8 brew-tacular.