KCON 2014: Are you an aficionado of all things Hallyu? Or, as it is also known, the Korean Wave? You're in luck: "the largest fan celebration of Korean entertainment" will fill up the Los Angeles Memorial Sports Arena on Saturday, Aug. 9 and Sunday, Aug. 10. Cosplay 101 is a highlight, as is K-Pop fashion and make-up, instruction in K-Pop dance moves, a fan activity tent, a bevy of stars from Korea's hit TV and online shows, and a concert that'll include four acts performing for the first time in the States. Tickets and schedules? Here.

DISNEY FANNIVERSARY CELEBRATION: There's no D23 Expo this year in Anaheim -- that's an every-other-year kind of deal -- but there is this traveling party which is making for Burbank, San Diego, San Francisco, and other cities around the country. Artifacts -- look for the Mary Poppins hat -- and other goodies will go on display to mark the major milestone anniversaries of a bevy of big properties. Wait, "The Little Mermaid" is turning 25 this year? Really? Make merry, Mickey-style, in Burbank on Saturday, Aug. 9.

SCARELA CONVENTION: Are you already plotting where in your front yard you'll stick all of those cool, creepy-eeky foam tombstones you made last year? Then you best make for LA Mart-The Reef to chat with experts and passionate amateurs about all things Halloween. Panels and presentations and walk-through Terror Trucks -- scream -- and other ghouly goodies await. Halloween's less than three months away, don'tcha know. Saturday, Aug. 9 and Sunday, Aug. 10 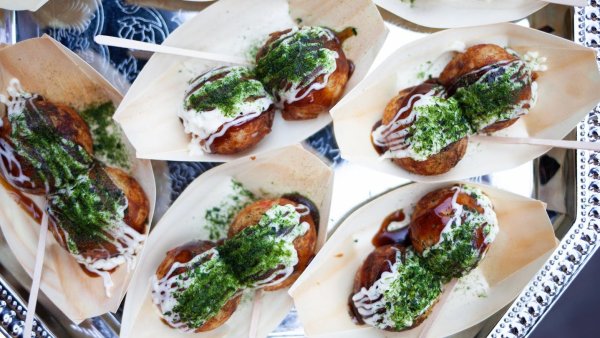 THE SPIRIT OF '45: It's pretty hard to miss the Queen Mary if you're anywhere near the ocean 'round about Long Beach, and it is pretty hard to miss the ocean-liner's major role in World War II. And each year people, many in historic costume, gather to remember the Grey Ghost, which was, of course, the ship's nickname during the war years. Ready for big band music, costumed re-enactments, and tours? Make for the water on Saturday, Aug. 9 and Sunday, Aug. 10.

BREW AT THE ZOO: There aren't too many days of the year where the zoo is open just to animal fans of the adult persuasion. But this summertime soiree is all about the 21+ set, given the top-notch craft brews on the pour. Need some soft evening air, some beastie cools and calls, and to know way more than you do now about amphibians, orangutans, and koalas? Go LA Zoo on Friday, Aug. 8.