Remembering all of the digits of your best friend's phone number from childhood is quite the feat, and we commend you if rattling off those seven numbers still comes easily for you.

Let us pause, though, on March 14, to pay due respect to those people who can recite some of the many, many numbers of pi, in order, when asked. We said "some" there, because the string of numerals the comprise pi has a rather infamous way of going on, and on, and on (3.14159 26535 89793 is just the beginning).

Instead, we typically use 3.14 as pi shorthand, making 3/14, or March 14, Pi Day, or Pie Day, if you like to mark your mathematically minded occasions with a slice of pepperoni or apple. 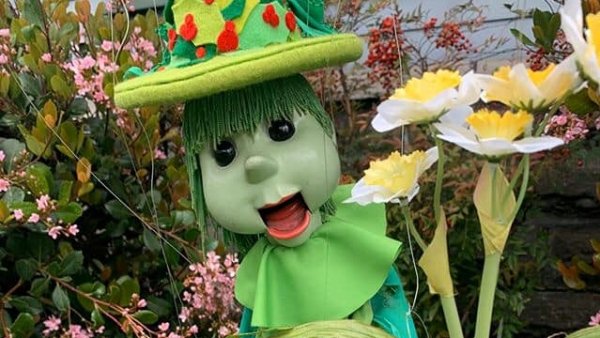 These SoCal Marionettes Will Mark ‘Half-Way to Hallowe'en'

We're not promising that every pie shop or pizza parlor you encounter on March 14 will offer up a special or deal, but, then again, we're not making you recite pi to the 10,000th number. If you are feeling pi-ish on Pie Day, however, you can get your math on at...

Pizza Hut: Or, at least, the Pizza Hut Facebook page, which is celebrating the day with a math-tastic little video. For those looking to solve a few problems, there are the much talked-about Pizza Hut brain-twisters, a trio of options that puts your math skillz to the test. The prize? You could nab "3.14 years of Pizza Hut pizza (awarded in Pizza Hut gift cards). Integers, numbers, circles, and diameters straight ahead, puzzle solvers.

Pitfire Pizza: Get to a Pitfire before 3:14 p.m. on Monday, March 14 and score a signature pie for, you guessed it, three bucks and fourteen cents. You'll need to do the social media follow thing, on Instagram or Facebook or Twitter, and getting the 411 before you go for the $3.14 pizza pie is probably a fine idea.

Republic of Pie: How skilled are you at sticking your whole face in a creamy tin of pie and eating at a notable clip? Get to North Hollywood on March 14 for a 2 o'clock pie-eating contest. You could get a fifty dollar gift card, should you finish first, but remember: No hands and no forks. Tempted? Here's the email and more.