Big Rig Trailer Rolls Onto Its Side in 5 Freeway Crash

A big rig crashed into the center divider and overturned on the southbound 5 Freeway Tuesday morning in Commerce, leading to a traffic backup during the morning drive.

The driver of the truck was freed from the wreckage after the crash north of Garfield Avenue at about 5:15 a.m. The cab ended up on its roof and the trailer on its side, according to the California Highway Patrol.

It was unknown what the trailer was carrying. 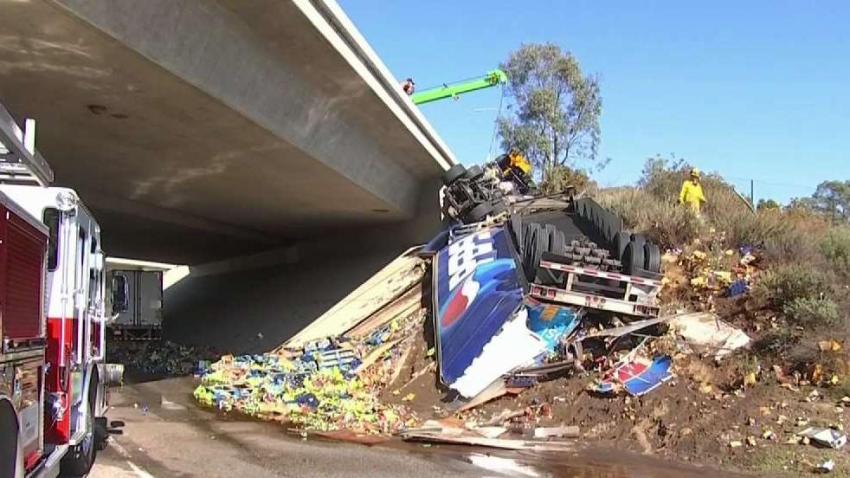 Pepsi Truck Looks Like a Crushed Soda Can After Crash 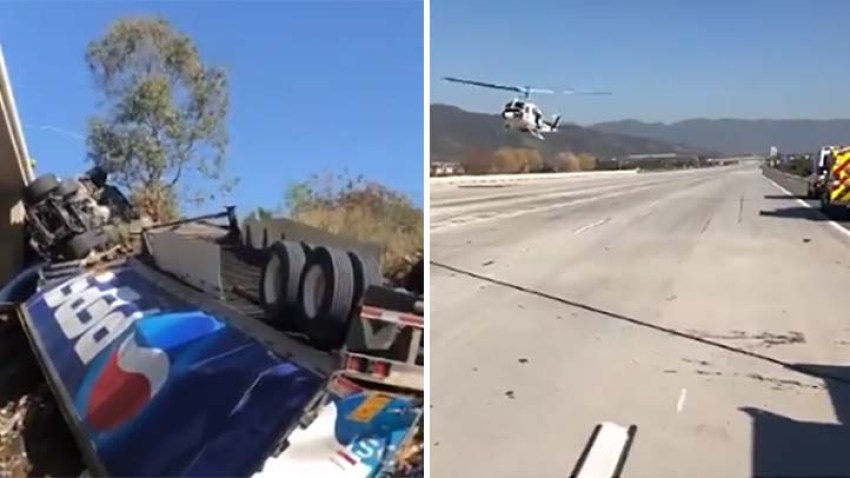 Three lanes were closed early Tuesday for the crash investigation