A young woman passenger was injured, and authorities temporarily closed a major freeway connector Tuesday, after gunfire struck the window of an inter-city bus on the 10 Freeway west of downtown Los Angeles.

The shooting was reported at 12:35 p.m. shortly after a green FlixBus with 34 aboard had departed downtown Los Angeles for Oakland.  The bus was passing near Fairfax Avenue when a shot went through a passenger window on the driver's side, according to Officer Vance Perreira of the California Highway Patrol.

The bus continued a short distance before pulling onto the shoulder on the transition road onto the 405 Freeway northbound from the 10 Freeway. 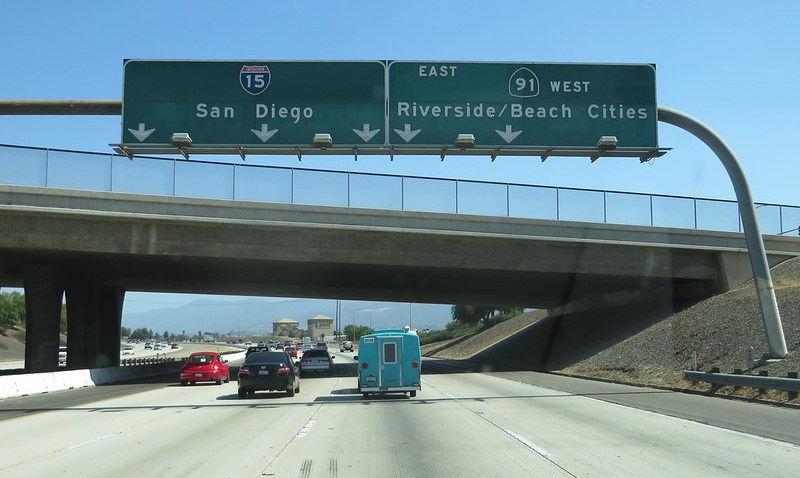 The woman was transported to be treated for cuts on her face, believed to have been caused by particles of the shattered glass, Perreira said.  Her shoulder may been have been grazed by the bullet.

The bullet was found inside the coach.

Investigators determined the shot was fired from outside the bus, but it was not immediately clear if it came from another vehicle or from a shooter at a fixed position along the freeway. No other shots were reported.

CHP temporarily closed westbound lanes between Fairfax Avenue and National Boulevard to allow officers to examine the freeway for evidence of a shell casing, but none was found.

Flixbus, based in Germany, began service in the United States earlier this year.

"The safety of our passengers and drivers is of highest priority to Flixbus. All efforts are now going towards assessing the situation," a portion of the statement issued by the company read.

No arrests were reported as CHP investigators attempted to identify the shooter and determine the circumstances.