Father, Son Struck and Killed After Getting Out of Stalled SUV on Freeway

A father and his young son were killed and three other people were injured Friday morning in a crash on the southbound 405 Freeway in Seal Beach.

The 39-year-old man and child were struck by a Toyota RAV4 after they got out of their stalled Honda CR-V on the freeway, crash investigators said. They died at the scene.

Two people in the CR-V and one person in the RAV4 were in critical condition.

It was not immediately clear why the victims got out of the SUV. 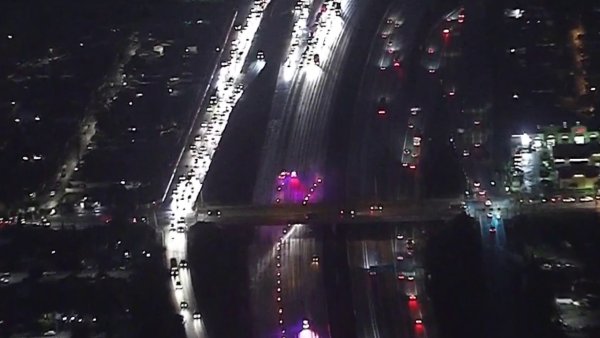 "You want to stay within the vehicle if you can," said CHP Officer Duane Graham. "Depending on the lighting conditions, it's very dangerous to be outside of the vehicle."

The crash occurred about 2:30 a.m. just north of the Seal Beach Boulevard exit and the carpool and No. 1 through 4 lanes was blocked, according to a California Highway Patrol dispatcher. Lanes reopened later Friday morning.