What to Know About This Weekend's '60 Swarm' Freeway Closures

Half of the 60 Freeway between Riverside and Ontario will be shut down again Friday night and remain closed until Monday morning for construction.

This round of work includes resurfacing projects and coincides with a country music festival in Eastvale that will add to traffic along detour routes.

For the fourth straight weekend, beginning at 10 p.m., crews will close the entire eastbound 60 between the 15 Freeway in Ontario and the 60/91/215 interchange in Riverside, roughly 13 miles. The closure is not scheduled to end until 5 a.m. Monday.

Last weekend's closures were on the same schedule. However, as was the case during the Aug. 2-4 shutdown, the Tailgate Fest outdoor music festival is expected to draw heavier traffic to the region, creating longer queues on detour routes, according to Caltrans.

The fest will be centered between Hamner Avenue and Scholar Way, just west of Interstate 15. The estimated number of attendees was not known, but the event was expected to increase traffic on I-15 and surrounding streets, especially in the mornings and evenings.

According to Caltrans, the weekend closures on the eastbound 60 will continue, over the same 55-hour periods, until Sept. 23. However, work will be suspended during Labor Day weekend. 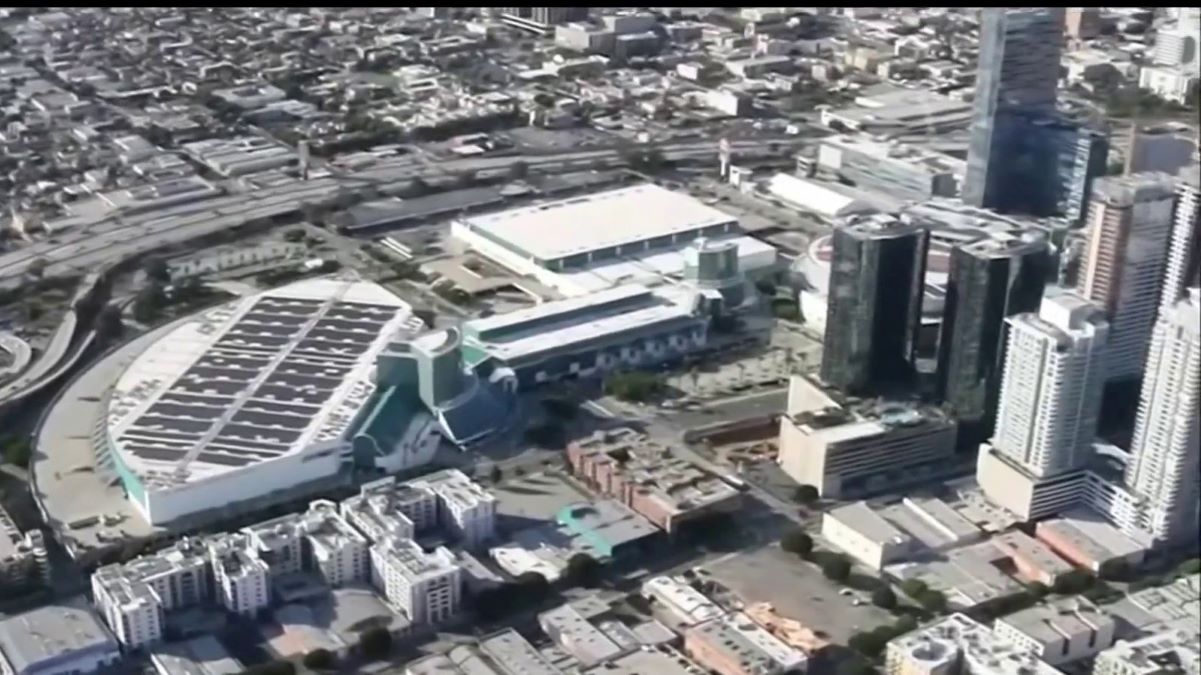 Downtown LA Streets Close for Summit of the Americas. Here's What Drivers Should Know

Officials said the rehabilitation work, which entails replacing slabs of pavement, will move twice as fast because of the partial closures, which Caltrans has dubbed the "60 Swarm," referring to multiple projects occurring over the next two years along the 60 freeway. Altogether, the Swarm covers a 20-mile stretch, from Chino to downtown Riverside.

The first overnight closure of the westbound 60 is scheduled Sept. 27 and will also begin at 10 p.m., then end at 5 a.m. Sept. 30. Officials said the westbound closures will continue over the ensuing seven weekends, ending Nov. 18. Work will be suspended for Veterans Day weekend.

Cherry told CNS the goal is to end the closures by Thanksgiving.

In addition to the shutdowns, intermittent and extended lane closures are occurring in the construction zone, between Euclid Avenue in Ontario and the 60/91/215, officials said, adding that portions of the Interstate 15/Route 60 interchange in Ontario will also be periodically closed during the Swarm.

Single lane closures began three weeks ago in several locations and will wrap up in November 2021, when the $134 million pavement replacement project is slated to conclude, according to Caltrans.

The other part of the 60 Swarm is comprised of bridge replacements, totaling $23 million. According to Caltrans, the Benson Avenue, Monte Vista Avenue and Pipeline Avenue overcrossings in Chino are all due to be razed and replaced with new spans. Alternating east- and westbound lane closures for the bridge work started two weeks ago.

Officials said the current bridges were constructed with dimensions that make them prone to being bumped by oversized truck loads. Over the years, the repeated minor hits have had a cumulative impact, requiring the two-lane bridges to be replaced.