The single-car crash on the exit ramp at Olympic Boulevard

One person was killed Wednesday morning in a crash on the Olympic Boulevard offramp from the southbound 405 Freeway in West Los Angeles.

The crash occurred about 4 a.m. and Los Angeles firefighters reported one person was dead at the scene. At least four people were hospitalized.

Details regarding the injuries were not immediately available. 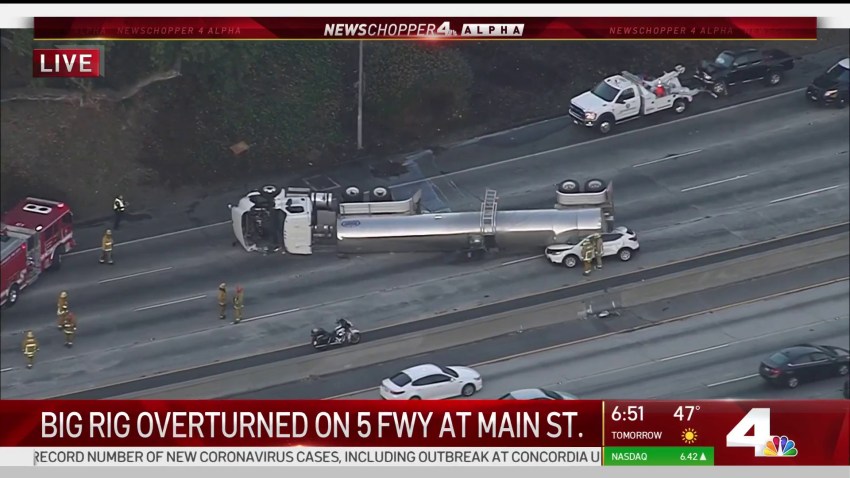 The driver apparently lost control of the sport utility vehicle on the exit ramp. The SUV ended up on its roof.

A SigAlert has been issued for the offramp until 6 a.m.