Yet More Rain Set to Hit SoCal This Week

Another in a parade of storms is due to drench Southern California this week.

More rain and snow are in the forecast during the final week of 2021.

The wet and unsettled weather pattern will bring rain and snow midweek. Temperatures will remain below average.

Conditions dry out for Friday and through the holiday weekend.

The Sunday after Christmas gave us a break from the rain, but there's two more storms on the way. The Sunday morning winter storm warning was cancelled. A winter storm watch is set to start Monday afternoon. Shanna Mendiola has the forecast for Dec. 26, 2021.

Some parts of the Southland, meanwhile, will be dealing with cold weather. A frost advisory was in effect early Tuesday in the Santa Clarita and San Fernando Valleys and the Santa Monica Mountains Recreational Area. Temperatures as low as 32 degrees were expected.

New Year's Day was shaping up to be dry but cool across the region.

n October, the National Oceanic and Atmospheric Administration announced that a the Pacific Ocean was showing signs of a new La Nina, the flip side of the El Nino ocean-warming pattern, that tends to cause changes in weather worldwide.

But the storm track has trended farther south than is usual during La Ninas. After a series of mid-December tempests, California's overall snow-water equivalent — a measurement of how much water is in the snowpack — jumped from 19% of normal to date on Dec. 10 to 76% of normal on Dec. 17, according to the latest U.S. Seasonal Drought Outlook.

While the current wet trend is positive, it is too early to know if it will last through January and February. The snowpack normally doesn't reach its maximum until April and last spring there was minimal runoff because much of the water was absorbed by the drought-parched landscape. 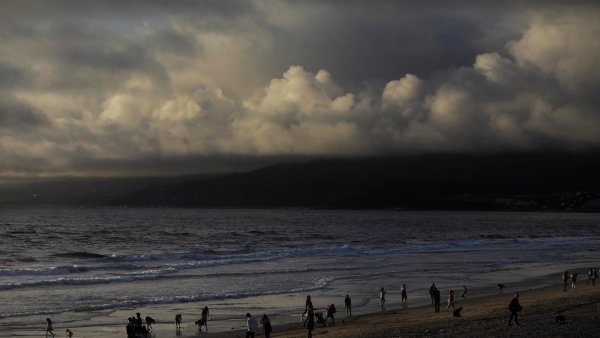 Holiday Weekend Storm Delivers a Final Round of Snow and Rain 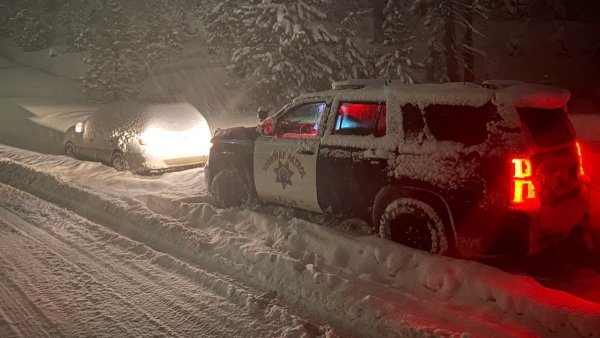 Parts of California Get a White Christmas After Snowfall