Storm That Was Headed Toward SoCal Is Weakening

Now it is forecast to bring little, if any, rain, but it still could be windy.

A storm that was headed toward the Los Angeles area was weakening as it moved south from the Central California coast. Now it is forecast to bring little, if any, rain Monday, but it still could be windy.

Temperatures Monday will remain below normal in the mid-50s to low 60s.

Light snow fell over the Cajon Pass and Grapevine Monday morning. Activity is decreasing, and now all winter weather advisories have been canceled.

It will stay mostly cloudy with an isolated chance of showers Monday afternoon. Anything that falls won't be much, a trace to .10" if we’re lucky, according to NBCLA meteorologist Shanna Mendiola. By 4 p.m., any precipitation will be limited to the local mountains. 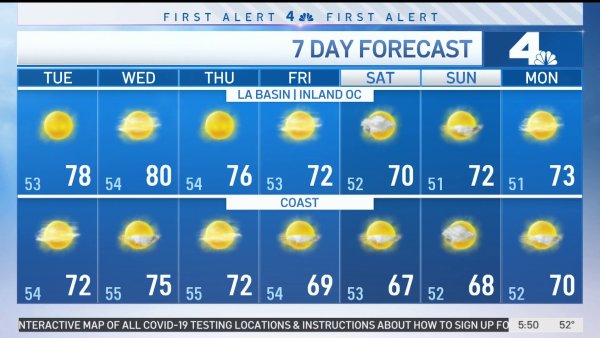 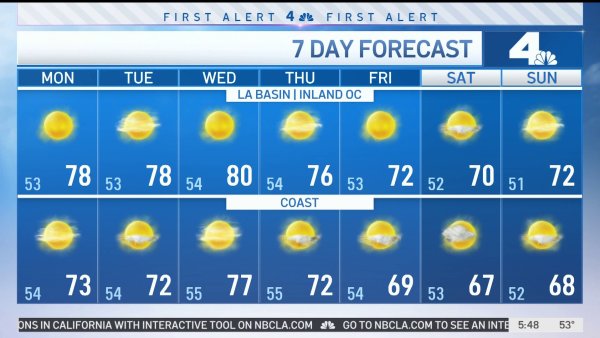 Offshore winds will be gusty Monday afternoon and evening and grow stronger by Tuesday morning. A wind Advisory in place through 3 p.m. Tuesday for wind prone passes, canyons, and mountains in LA and Ventura counties. Winds will diminish through the evening of New Year's Eve. All should be clear and quiet by midnight, Mendiola said.