Where Heat Will Enter Record Territory to Close Out February

Temperatures will cool Saturday as an onshore flow returns, replacing the strong offshore winds that have dominated the region this week

"We're going to be heating up to some of the warmest temperatures we've seen in months," said NBC4 forecaster Shanna Mendiola. "Even if you step out at 9 a.m. at the coast, temperatures are going to feel so mild. We won't have a cloud in the sky.

The summer-like heat is due to high pressure and an offshore flow bringing dry and warm weather during what is historically the wettest time of year in California.

Temperatures will cool Saturday as an onshore flow returns, replacing the strong offshore winds that have dominated the region this week. There will be further cooling with a chance of showers Sunday into Monday as low pressure moves into the area.

The week's above-average temperatures resulted from a ridge of high pressure aloft combined with Santa Ana winds, which are now coming to an end. Warm temperatures during Southern California's winters are not unheard of, but how quickly the weather will turn is a little unusual. Sunday's highs will be up to 24 degrees lower.

The snow level could drop to around 3,000 feet Sunday. The storm is now in the gulf of Alaska. It will make its way to southwestern Canada Friday night, then drop down the coast, striking SoCal on Sunday. 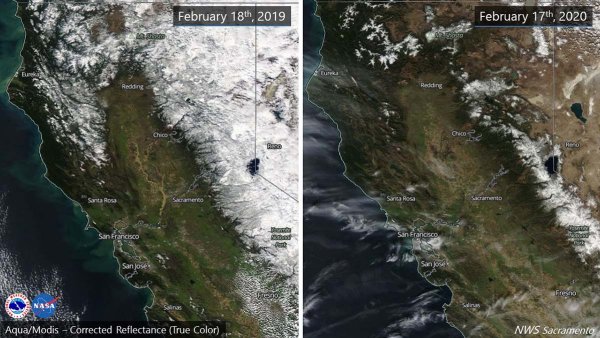 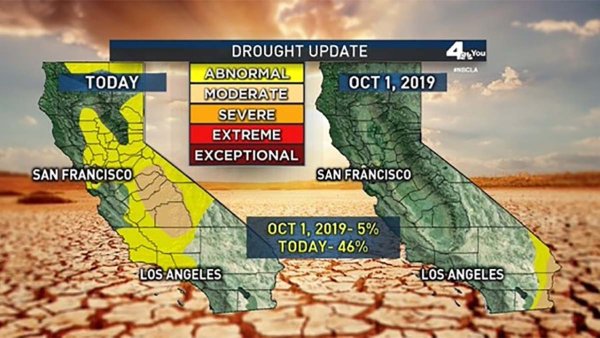 Sunny skies were also forecast in Orange County today, along with highs of 65 on Santiago Peak; 74 in Laguna Beach and San Clemente; 75 in Newport Beach; 76 on Ortega Highway at 2,600 feet; 83 in Fremont Canyon; 85 in Trabuco Canyon and Mission Viejo; 88 in Yorba Linda and Irvine; and 90 in Fullerton and Anaheim. By Sunday, Fullerton and Anaheim will have highs of only 64.