The Russian tanks and missiles besieging Ukraine also are threatening the food supply and livelihoods of people in Europe, Africa and Asia who rely on the vast, fertile farmlands of the Black Sea region — known as the “breadbasket of the world.”

Ukrainian farmers have been forced to neglect their fields as millions flee, fight or try to stay alive. Ports are shut down that send wheat and other food staples worldwide to be made into bread, noodles and animal feed. And there are worries Russia, another agricultural powerhouse, could have its grain exports upended by Western sanctions.

While there have not yet been global disruptions to wheat supplies, prices have surged 55% since a week before the invasion amid concerns about what could happen next. If the war is prolonged, countries that rely on affordable wheat exports from Ukraine could face shortages starting in July, International Grains Council director Petit Arnold told The Associated Press.

That could create food insecurity and throw more people into poverty in places like Egypt and Lebanon, where diets are dominated by government-subsidized bread. In Europe, officials are preparing for potential shortages of products from Ukraine and increased prices for livestock feed that could mean more expensive meat and dairy if farmers are forced to pass along costs to customers.

Russia and Ukraine combine for nearly a third of the world's wheat and barley exports. Ukraine also is a major supplier of corn and the global leader in sunflower oil, used in food processing. The war could reduce food supplies just when prices are at their highest levels since 2011.

A prolonged conflict would have a big impact some 1,500 miles (2,400 kilometers) away in Egypt, the world's largest wheat importer. Millions rely on subsidized bread made from Ukrainian grains to survive, with about a third of people living in poverty.

“Wars mean shortages, and shortages mean (price) hikes,” Ahmed Salah, a 47-year-old father of seven, said in Cairo. “Any hikes will be catastrophic not only for me, but for the majority of the people.”

“Inflation is robbing [Americans] of gains they thought otherwise they would be able to feel,” President Joe Biden said during his State of the Union address Tuesday. “Instead of relying on foreign supply chains, let’s make it in America.”

Anna Nagurney, a professor of supply chains, logistics and economics at the University of Massachusetts Amherst, said, “Wheat, corn, oils, barley, flour are extremely important to food security ... especially in the poorer parts of the globe."

With Ukrainian men being called on to fight, she said, “Who’s going to be doing the harvesting? Who’d be doing the transportation?”

Egypt’s state procurer of wheat, which normally buys heavily from Russia and Ukraine, had to cancel two orders in less than a week: one for overpricing, the other because a lack of companies offered to sell their supplies. Sharp spikes in the cost of wheat globally could severely affect Egypt's ability to keep bread prices at their current subsidized level.

“Bread is extremely heavily subsidized in Egypt, and successive governments have found that cuts to those subsidies are the one straw that should be kept off the camel’s back at all costs,” Mirette Mabrouk, a senior fellow at the Middle East Institute, wrote in a recent analysis.

War-ravaged Syria recently announced it would cut spending and ration staples. In nearby Lebanon, where a massive explosion at the Beirut port in 2020 destroyed the country’s main grain silos, authorities are scrambling to make up for a predicted wheat shortage, with Ukraine providing 60% of its supply. They are in talks with the U.S., India and Canada to find other sources for a country already in financial meltdown.

Even before the war threatened to affect wheat supplies in sub-Saharan Africa, people in Kenya were demanding #lowerfoodprices on social media as inflation eroded their spending power. Now, they’re bracing for worse.

African countries imported agricultural products worth $4 billion from Russia in 2020, and about 90% was wheat, said Wandile Sihlobo, chief economist for the Agricultural Business Chamber of South Africa.

In Nigeria, flour millers believe a shortage of wheat supplies from Russia would affect the price of products like bread, a common food in Africa’s most populous country. At Ukraine's Largest Art Museum, a Race to Protect Heritage 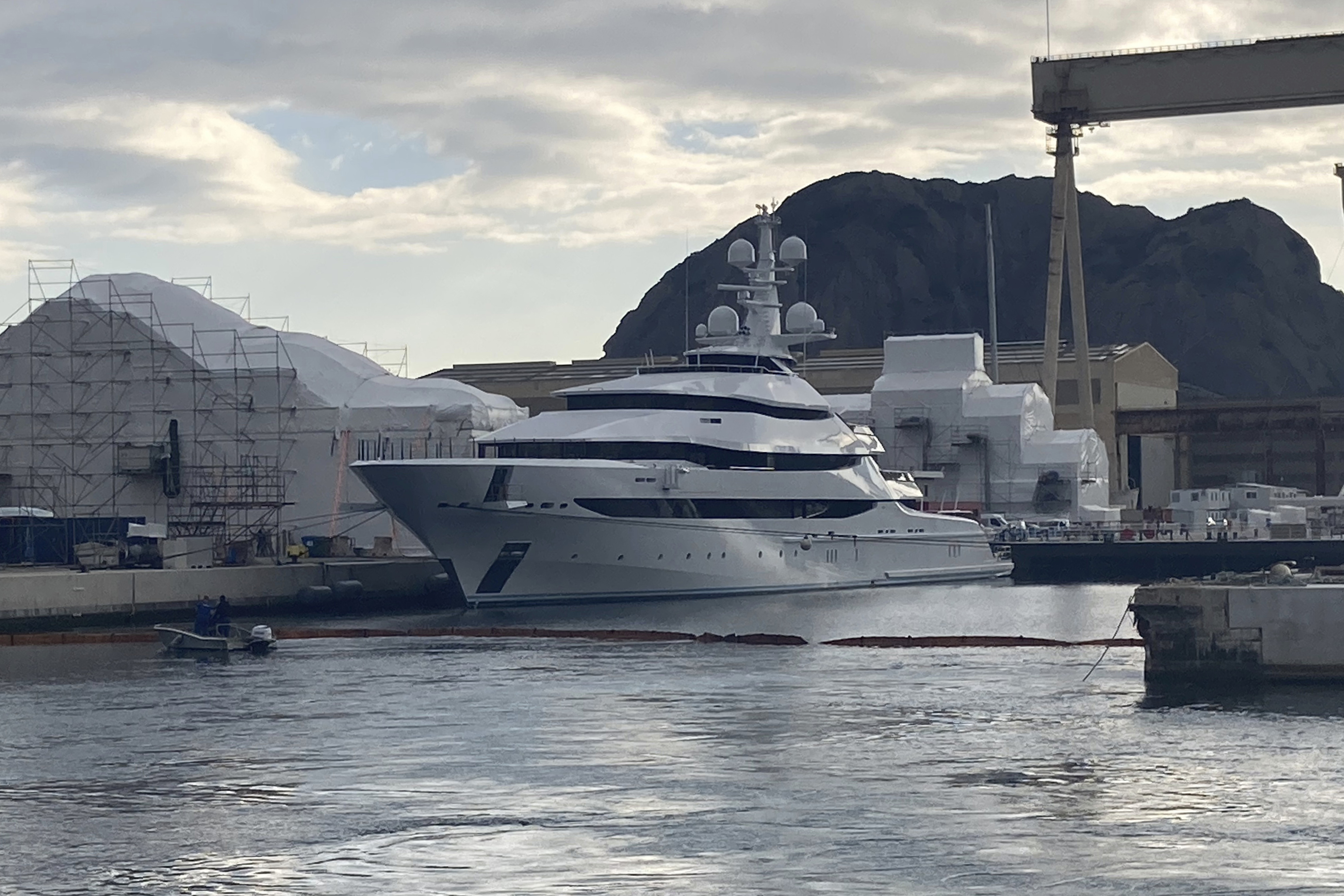 “All of us need to look elsewhere” in the future, said Tope Ogun with Honeywell Flour Mills Plc, one of Nigeria’s biggest flour milling companies. “We might not get what we need to, and there is likely going to be an increase in the price.”

Nigeria has taken pains to reduce its reliance on Russian grains, with farmers moving to plant more wheat fields to try to meet 70% of the country's demand in five years, said Gambo Sale, national secretary of the Wheat Farmers Association of Nigeria.

“We have the land, we have the people, we have the money, we have whatever we can need in Nigeria" to grow wheat, he said. “All we need now is time.”

The disruption can be felt as far away as Indonesia, where wheat is used to make instant noodles, bread, fried foods and snacks.

Ukraine and Russia also combine for 75% of global sunflower oil exports, accounting for 10% of all cooking oils, IHS Markit said.

Raad Hebsi, a wholesale retailer in Baghdad, said he and other Iraqis are bracing to pay more for their cooking oil.

“Once the items stored are sold, we will see an increase in prices of these items," he said. “We will likely purchase alternatives from Turkey, and Turkey will no doubt take advantage of the situation in Ukraine and raise its prices."

Farmers in the United States, the world’s leading corn exporter and a major wheat supplier, are watching to see if U.S. wheat exports spike. In the European Union, farmers are concerned about rising costs for livestock feed.

Ukraine supplies the EU with just under 60% of its corn and nearly half of a key component in the grains needed to feed livestock. Russia, which provides the EU with 40% of its natural gas needs, is similarly a major supplier of fertilizer, wheat and other staples.

Spain is feeling the pinch both in sunflower oil, which supermarkets are rationing, and grains for the all-important breeding industry. Those imported grains go to feed some 55 million pigs.

Jaume Bernis, a 58-year-old breeder with 1,200 swine on his farm in northeast Spain, fears the war will further increase the pain his business is facing because of climate change and drought.

Since October, Spanish pork products have been taking a loss from high costs, Bernis said. Those costs are driven by China stockpiling feed for its pigs as it claws its way out of a devastating outbreak of African swine fever.

In the first two days of Russia's assault on Ukraine, the price of grain for animal feed jumped 10% on the open market in Spain.

“We are facing a moment of very elevated costs, and we don’t know what lies ahead,” Bernis said. “This is another cost of waging a war in the 21st century.”

Follow AP’s coverage of the tensions between Russia and Ukraine at https://apnews.com/hub/russia-ukraine.