Nusaiba Mubarak, 26, attended the September 2019 meeting to comment about a fatal LAPD shooting that had occurred a year earlier, but officers began removing people for exceeding public comment limits and other issues, according to the complaint filed in Los Angeles federal court.

Muslim rights groups sued the Los Angeles Police Department and its chief Thursday on behalf of a Muslim woman who alleges her religious head scarf was forcibly removed by officers at a Police Commission meeting a year ago in violation of her civil rights.

Nusaiba Mubarak, 26, attended the September 2019 meeting to comment about a fatal LAPD shooting that had occurred a year earlier, but officers began removing people for exceeding public comment limits and other issues, according to the complaint filed in Los Angeles federal court.

According to Mubarak, she committed no violation of commission rules but was escorted out anyway and taken to a separate room to be searched by police. She alleges that officers removed her hijab without her consent, a violation of her First Amendment religious rights and Fourth Amendment rights against unreasonable search and seizure.

“While in line to give a public comment, Ms. Mubarak was handcuffed and whisked out of the hearing, which prevented her from speaking out against the killing that day,'' the lawsuit alleges.

An LAPD spokesman declined to comment on the litigation.

Mubarak said in a statement that she decided to file suit against the LAPD “because I want to protect the rights of freedom of religion of every single woman in America. No one should experience such a gross violation of her constitutional rights.”

“I want to prevent any other person from being humiliated and disgraced the way I was. I want to make sure the LAPD is held accountable for their actions, and that no woman's hijab is forcibly removed without her consent again.'' 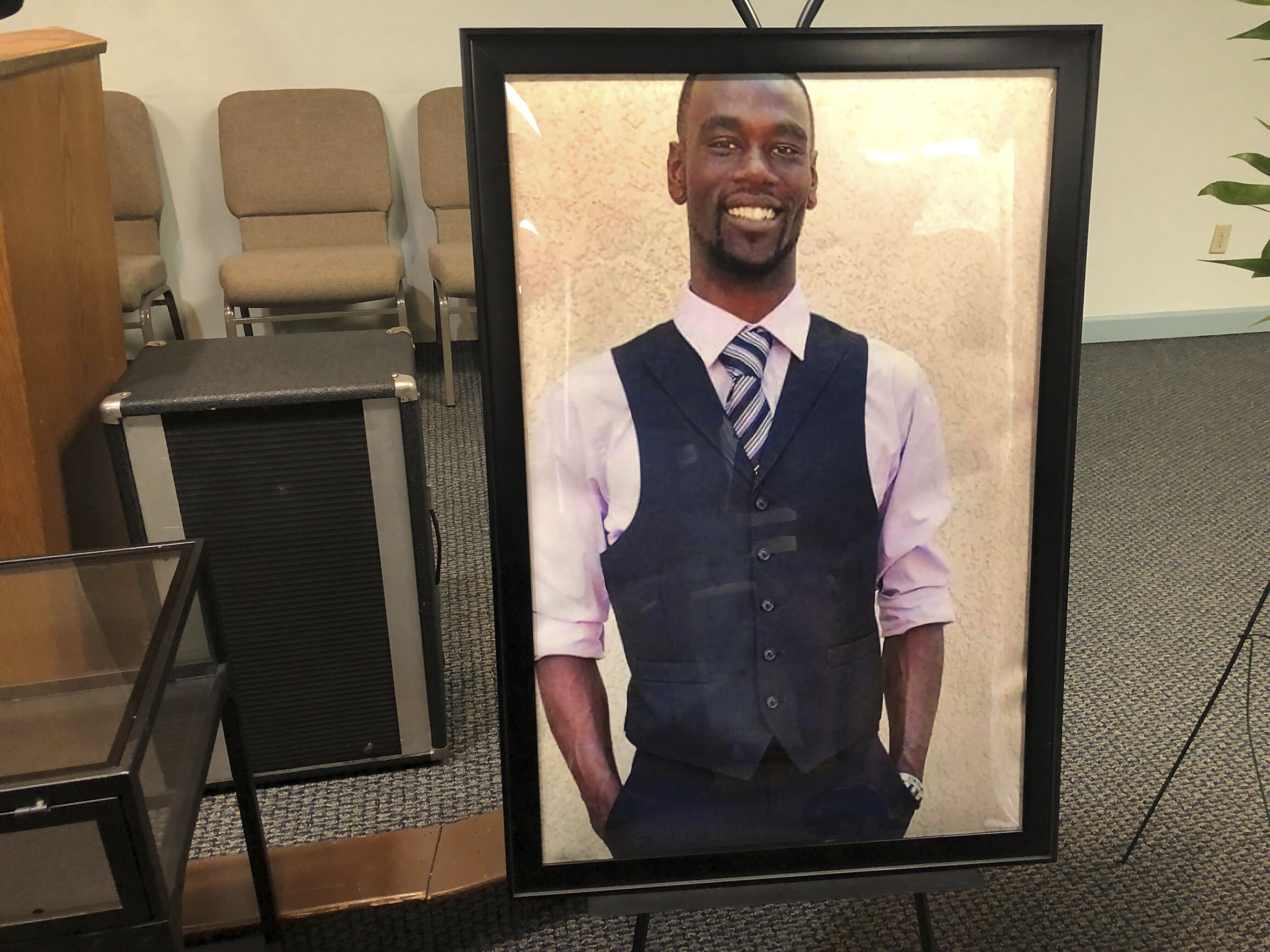 The suit, filed by the Los Angeles Area office of the Council on American-Islamic Relations and the CAIR National Legal Defense Fund, states that Mubarak was not charged with a crime, “and perhaps realizing their transgressions, Ms. Mubarak was let go by the LAPD.”

The suit seeks a federal judge's finding that the removal of her hijab constituted a violation of Mubarak's civil rights, an award of unspecified compensatory and punitive damages, civil penalties and legal fees.

“While municipalities across the country and throughout Southern California have recognized the sanctity and legally protected status of a religious head-covering, there are still municipalities without policies that prevent the discrimination this lawsuit seeks to expose,'' said CAIR-LA attorney Dina Chehata.

“It is shocking that the Los Angeles Police Department, which serves thousands of Muslim women, would permit its officers to strip a Muslim woman of her religious head covering, which violates her constitutional rights.”