Man in Custody After Armed Standoff With SWAT in Canyon Country

A 47-year-old man armed with a handgun who held of SWAT in a barricade Sunday overnight for hours was taken into custody and the Canyon Country neighborhood deemed safe.

Marc Spitzer was arrested at 6:47 a.m. on suspicion of assault with a deadly weapon, and was booked at 8 a.m. into the sheriff's Santa Clarita Valley station jail. He was held in lieu of $150,0000 bail, according to the sheriff's Inmate Information Center.

Family members told police Spitzer brought out a handgun amid the disturbance, causing his wife and another family member to run from the home and call 911. 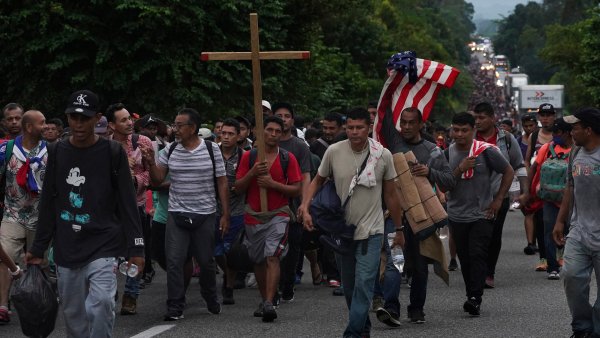 Kids of All Ages Among Migrants in Caravan Across Mexico

Initially, Spitzer did not respond to SWAT commands.

By 6:40 a.m., he was taken into custody and the neighborhood was safe, the Santa Clarita Valley Sheriff's Station said.